Well, if Cherts can have a Ghosts thread, then why not a UFO thread too?

So, does any one have any examples, or admit to seeing what could reasonably termed unexplained.

I only have two ‘interesting’ examples - stopped smoking now so my time scanning the skies for UFOs has stopped!

1998, West Midlands, late evening, in the garden having a fag. Looking at the sky idly half-watching for satellites when I was aware of not one, but two ‘satellites’ overflying in formation as it were, apprently close together. After some queries on alt.ufo turns out that these were two validated communications sattelites that were coincidentally ‘in sync’ at that time. So, not UFOs

1986, Locks Heath, late evening, in the garden having a fag. Looking at the sky idly half-watching the planes flying their usual NE-SW route when I was aware of a ‘satellite’ overflying due W>E. Nothing overly unusual about that until it changed direction instantaneously to traverse due south - and I mean not a curved turn, but a sharp right angled change. It was such a sudden, unexpected change that made it so different from anything I’ve seen before. Never explained that, so that is my one ‘true’ UFO.

Do I believe it is possible for there to be non-terrestrial craft flying in our atmoshpere? Technically, yes, but, surely if you’re that damn clever to get here, you’d be clever enough to make sure you weren’t spotted by some random planet-bound oik, I mean, sun glare, didn’t they think of that?

Maybe not, perhaps they’re as careless as us - which is a very worrying thought!

Any road up, you guys got any tales to tell?

soz i know it’s not what ur looking for but I still love this. It’s my favourite. It’s been years since i first saw it, but i still think about it prob every day. 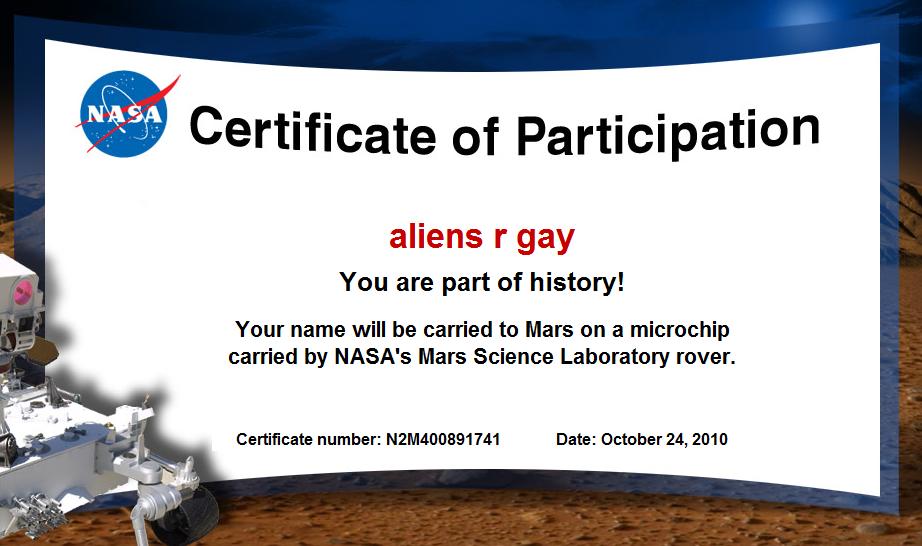 More importantly, has anyone ever seen the ghost of an alien?

And can the season come a bit sooner please.

I’m pleased that you’ve stopped smoking and are now only ‘having a fag’, OCN, but we don’t use the term fag on here anymore.

I may have missed the detail of your post as I skim read.

Regarding UFOs, I’m pleased you’re using the term in its true sense and not synonymously with aliens.

I guess I’ve seen loads of UFOs as I’ve not done the subsequent research to determine if the are really IFOs.

…term as in … half a spicy meatball / cigarette / young, likely underage, slave to an older pupil in a Public School?

nowt else is there?

…and since when has this place been PC ffs?

p.s. stopping smoking was easy - went and had a heart attack after playing footy with the lad, but that was 17yrs ago.

Yep, it’s all getting a bit Mulder and Scully - what’s the next thread - “How many zombies have you blammed this week?”

Six. At least I think they were zombies. They may have just been drunk or something, but you can’t be too careful in my view.

Anyone else old enough to remember “The UFO’s of Warminster?”

Weren’t they the ones where the pictures looked as if they were 1950’s or '60’s spaceships? I.e. Futuristic for the time but now clearly fake…or was I thinking of something else? Not old enough to remember - soz…

The one with the probe was dressed in a bear costume, but kept getting distracted by what looked like a web page on an iPad but was obviously musch more advanced tech.

Sadly they never cameback to investigate me a second time…

…but still they come.

They called it the Warminster Thing. Loads of stuff online about this. Clearly some MoD shenanigans given its proximity to Salisbury Plain.

Indeed Choula. 50 Years ago no less.

Perhaps a bit early to be Chinooks or even Harrier (Was it Kestrel) JumpJet trials. Always was a most likely link with the School of Infantry etc based there. But interesting to see a big thing was made of the Thing on the 50th Anniversary last year.

For the Youngsters on here;_

Actually a really good read, PLUS there were simply so many reports and they were by neighbours of ours not by some Moonshine riddled Rednecks. 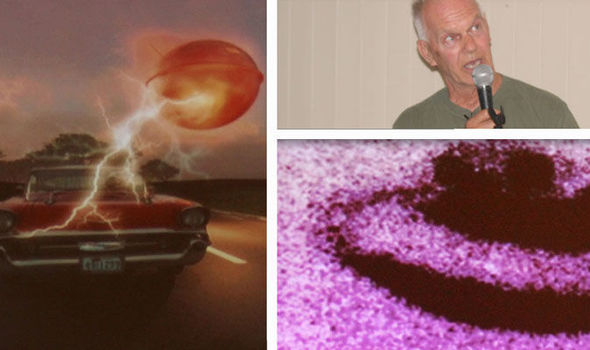 UK town 'invaded by UFOs and eerie noises that killed flocks of birds and...

IT STOPPED cars in their tracks, killed birds, terrified children and sparked reports of strange humming noises, tremors, lights, crop circles, UFOs, and even alien abductions - so just what did happen in a small leafy Wiltshire town?

1965 all the way through to 1977 no less, complete with Wonky pictures 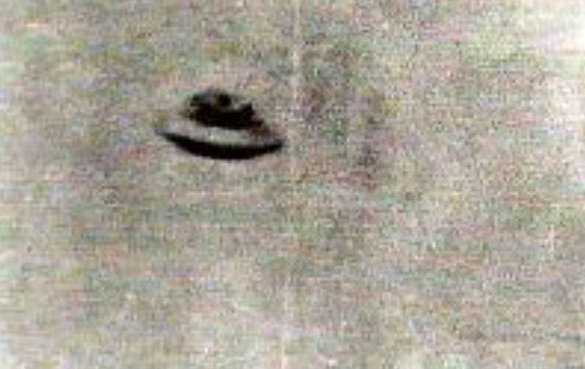 We get our fair share of them down here, earlier this year 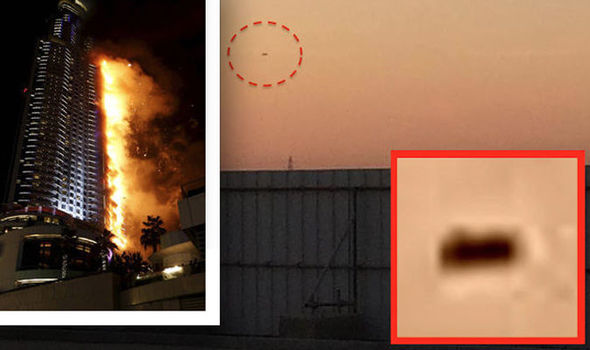 A STUNNED former air force contractor said a Unidentified flying object (UFO) was hovering in the skies above Dubai just hours before the New Year's Eve towering inferno in a luxury hotel.

But going back as I recall MOST of the stories (and pictures) that have made it to the press down here have come from Cops. ATC or Military types.

We’ve all seen the Satellites fizzing over (crazy clear skies out in the desert etc) and an obvious route for “Security Imaging Systems” so we doknow the difference.

I’ve not seen one, but I have seen a Ghost (back in UK)

More laters on that

Warminster? Sod Warminster. Farnborough’s where it’s at nowadays - it’s the UK’s very own area 51. And it’s right next to where I work - I even have a pass that gets me in there. They have a good canteen, though you do have to barge your way past hordes of small silvery chaps to get served. Fucking immigrants.

Incredibly convincing article from the Express

I’ve been in Area 51 Farnborough and it was just a hangar full of shit.

Presumably they do the alien autopsies at the local health centre.

Apparently the odds on there being life on other planets are huge and it is more likely than unlikely. My guess is that any aliens capapble of interplanertary travel have taken one look at the Paris Massacre thread over on The Dark Side and decided to give Planet Earth a miss.

And just like pompey who seem to think they are bigger than they are, earth is but a single grain of sand in the Sahara, I’m not sure aliens would rush to visit our tiny speck of a planet in the arse end of nowhere.

There’s also the extreme unlikelihood of life on other planets evolving in anything like the same way as life has evolved on earth, and the even less likely probability that they happen to have evolved the same sort of intelligence or modes of communication, or even the same sense organs, as we have. Plus they might not even want to ‘explore’ the universe in the same way as we do, particularly if they haven’t fucked up their planet like we have.