The trans agenda is back in the news. Jo Brand spoke recently about female activists being too scared to speak about the issue, referring to the no platforming of Germaine Greer as vilification. 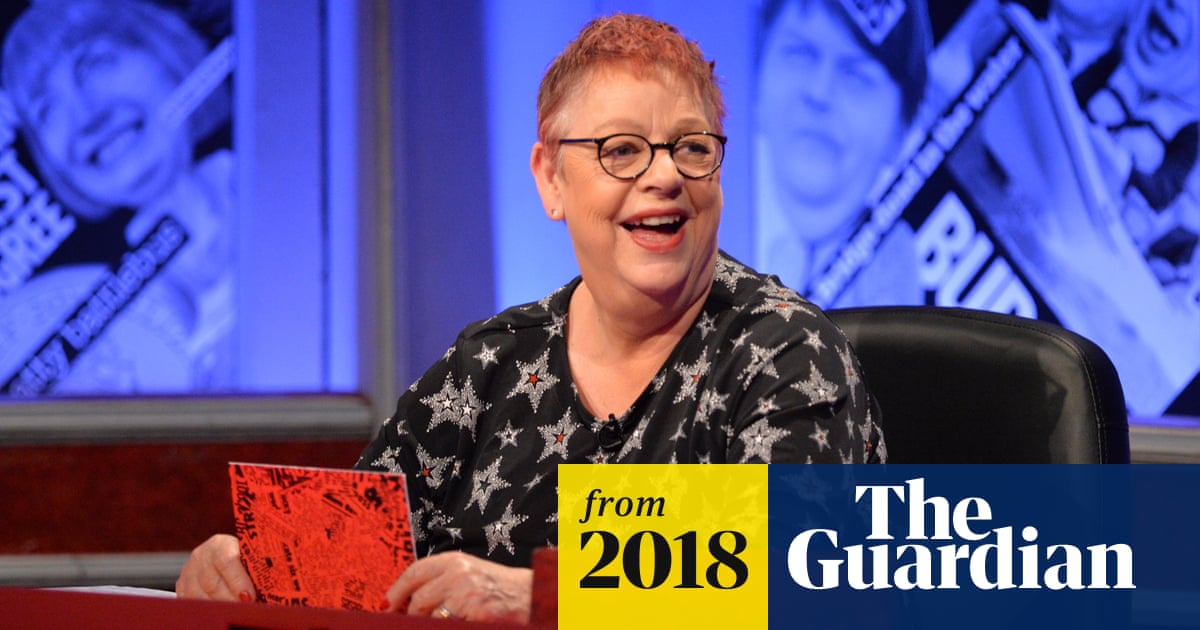 Writer laments vilification of Germaine Greer and infighting within feminism

In related news, a transgender prisoner has been sentenced for the sexual assault of women while in a female prison. 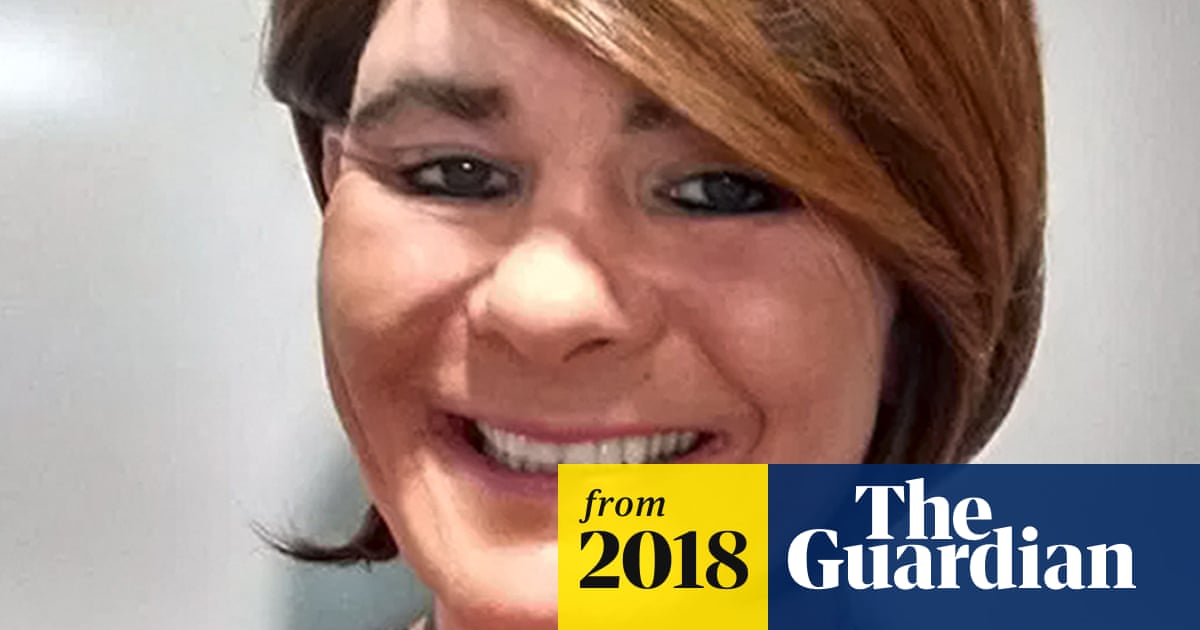 What are our thoughts? Is this something society needs to absorb and get on with, or another classic case of identity politics being amplified by a vocal minority?

I’ll drive what I want.

It’s something society needs to talk about. I’d tend to side with Jo Brand as far as it feels like the discussion seems to have been had behind closed doors and presented as a fait accompli to a puzzled populace. Greer has said some puzzling, even nasty things on this issue, but we should all still be grown up enough to have the conversation.

What I would say above everything though, is that it’s a discussion that chiefly needs to be had by trans people and by cis women. Cis men just need to do a lot of listening and trying to understand, rather than telling people how to handle things.

'scuse my ignorance but cis?? not heard that one before?

No probs. Cis as opposed to trans, meaning people who identify as the gender they were assigned at birth. So I’m a cis man because i was called male at birth and am still male now.

It’s just a way of trying to make sure that one identity isn’t regarded as ‘normal’, and another ‘different’.

Glad you brought this up @pap. I’m really struggling to get my head around the language in this area.

There was a person (I’m not even sure if that is the right term) on the news this morning who is/are an activist in this area (Jack Monroe was their name) and I had to Google them as I only caught the tail end of the story. The Wikipedia page talks in a language that I just don’t understand. I don’t mean to be offensive but it seems like a minefield of terms that are used to label, and that people use to label themselves culminating in using plural pronouns and things like being non-binary, genderqueer or having someone deadname you. All terms that lay outside of our ‘heteronormative denomination’.

I’m minded of a conversation I had with my mum a few years back where she, thinking she wasn’t causing offence, would refer to black people as coloured people. I knew it came from a position of ignorance and not nastiness, but I would routinely pick her up on it and correct her. Eventually she refused to talk to me about ‘those’ people because she couldn’t remember the right way to talk about ‘them’.

I really don’t want to offend anyone so, like my Mum, I will be avoiding conversations that involve this terminology at least until it has moved into common parlance and I can be confident I know what to say and what not to say.

There’s generally a problem, isn’t there, when people have only just started being listened to and it feels like everything needs to be sorted out at once and everyone’s shouting at the same time.

I think the dead-naming thing is pretty easy. If someone has changed their name, particularly as a result of a different gender identity, then don’t call them by their old name. That’s just good manners as much as anything.

A lot of the rest of it is language trying to find a balance and find new terms that don’t marginalise. My experience of this stuff on Twitter is that people don’t mind if you ask them their preferred pronoun.

P.S. - @saintbletch could you link me to the Jack Monroe story? Bit of a hero of mine for bankrupting Hatey Cockpins.

It was on Sky News this morning and I only heard them (I just typed her - minefield) say that they “didn’t want to go to court and just wanted her to apologise” and that she hoped the judgement would mean that “she would be a nicer person”.

I wanted to know who they were talking about - I thought it might have been Hopkins. Also Wikipedia said they had had a run in with Gove’s wife in The Mail.

If you judge a person by the enemies they make then I like them already.

They was launching a cookbook I think.

Jack Monroe is very level headed fair, honest from what I have heard of them.

Why has she got a fella’s name?

Hasn’t had the old man lopped off yet maybe?

I’m not allowed to say that am I…?

I think it’s been blown out of proportion, by certain people(media, political), but this post maybe explains a fair bit of that.

There’s generally a problem, isn’t there, when people have only just started being listened to and it feels like everything needs to be sorted out at once and everyone’s shouting at the same time.

We have no choice but to address it, as the other option is to silence people and deny their self determination. No idea how, but i’m Cis(learn something every day), so thankfully should just listen.
Will this lead to gender neutral everything?

I’ve got some complex views on this, some born of personal conviction, others of a certain amount of wisdom and world weariness.

First, I think Germaine Greer and Jo Brand should be allowed to say exactly what they want. I believe in freedom of speech after all. The flip side of that is that people are free to say what they want in return. I think my problem with the more vocal elements of the trans movement is that they’ve used that right to say “she shouldn’t be allowed to speak anymore”. The problem is that people are listening, and the likes of Greer are having their right to free speech curtailed through no-platforming.

The world weariness is why I posted the second link in the OP. The standard for being one gender of the other has become dangerously subjective. If I understand the current approach correctly, I can become female just by saying so. We’ve already seen what happened in a prison, and it could happen again. There are reports that some are using the system to secure gender specific rights to get around gender specific constraints. I’m not suggesting this would happen for a second, but could Princess Anne become the new Prince of Wales by saying “actually lads, I’m a bloke, init”?

I’ve a lot of sympathy with @dinger’s view. These issues haven’t been discussed enough, and that the trans community hasn’t had enough respect, but I’d qualify that by saying that the more extreme elements of the trans movement have absolutely no respect for the transitions others must make when they make theirs.

My brother changed his first name. Technically, @unionhotel deadnames him all the time. He still calls him the name he gave him, and my bro doesn’t mind. He understands that its not a transition the old bastard can easily make and doesn’t give him shit for it. Now maybe if my bro were trotting about in six inch heels and a miniskirt, it’d be more jarringly offensive.

No one should tolerate active hate, threats or discrimination. I completely support those that need transition for therapy reasons. I also completely support genuine people having a difficult time coping with the transition we’re all seeing around us, walking through a lexical minefield where every word could go off at any moment.

The point is tolerance has to go both ways, and I think we’ve seen a lot of one way traffic.

I could be wrong but it seems to be factions within trans groups that are making all the noise. If that’s the case only they can sort it out.

I may have posted this before somewhere on the site but Mrs C_S & her book club & wine guzzling mates all to a (naturally born,not cis) woman are pissed of with the massive amount of media time given to Trans shouty people.

I’ve heard quite a few comments that they are uncomfortable with people simply self-identifying as a woman and then being allowed into places like women only changing rooms / swimming classes / toilets etc etc etc. Some of them remember the struggle to get women’s rights enshrined in law and feel they are being walked over.

Before you shout them/me down, they all as far as I can tell fully support people wishing to transition, but to my mind legitimately question why a not small number wish to live as a woman and have the same rights as a woman but do not go through genital reassignment (likewise some women wishing to be identified as a bloke). It’s almost a lifestyle choice rather than a real gender thing.

More scarily to them as mums is allowing very young kids to identify as the opposite sex and parents allowing them to have hormone suppression to stop secondary sexual development even before the child is emotionally and rationally able to understand the ramifications.

It must be age. My kids are “like whatever” about the issue. I see the future and it’s neutral and grey with a lot of grumpy middle aged (naturally born) women with no voice.

Count me out of that. If somebody is genuinely a man or woman trapped in the body of the opposite sex then I have no problem with the issue being resolved for them and society supporting their rights. Where I have a major gripe is what Cobham refers to, the current “lifestyle choice” point. I simply don’t accept that there’s been a sudden tidal wave of people who need to be rescued from their birth gender, and normalising this in such an aggressive way has to have an effect on kids during their formative years when they are at their most suggestible. Add to that the unease caused by the “ulterior motive” cases which I’m convinced must exist because of human nature, and I have a definite problem with it.

Count me out of that. If somebody is genuinely a man or woman trapped in the body of the opposite sex then I have no problem with the issue being resolved for them and society supporting their rights. Where I have a major gripe is what Cobham refers to, the current “lifestyle choice” point. I simply don’t accept that there’s been a sudden tidal wave of people who need to be rescued from their birth gender, and normalising this in such an aggressive way has to have an effect on kids during their formative years when they are at their most suggestible. Add to that the unease caused by the “ulterior motive” cases which I’m convinced must exist because of human nature, and I have a definite problem with it.

I don’t mind whoever uses the khazi, as long as they leave it in a decent state.

I say this despite using the Ladies at work, particularly when i’m dying for a shit and often leaving an “Acker Bilk” down the rear of the porcelain, just above the water line.

So far I have got away with it and Pete from Accounts has taken the blame.

It was a shit hole after the girls had used it.

But still better than the gents.