We are beyond reading posts about the failure of the West.
There is now a need for us to follow the horrific events unfolding in Ukraine and the human stories that are being seen.
Let that thread continue with our recently returned poster typing his I told you so nonsense on the global scale.
Let us use this to analyse the real human tragedies

Just before we get too heavily in to this thread, if any post gets fractious or starts the old tit-for-tat that was on the other thread then I will move the posts to Barry Island.

There is also the report function, use it if you feel you need to…

And technically it’s not a war, its a conflict or invasion…

My question, that hasn’t been answered yet, is whether the same applies to people going to fight for their people elsewhere- eg the Yemen

it’s not a war, its a conflict or invasion.

Quite. Terminology is important, which is why the allies perpetually misrepresented the Iraq invasion as a war.

The President of Poland today asked us not to buy or go to the Doc & ask for Prescription Meds to send to Ukraine.
The EU have already boosted supplies & they are already at the Border waiting to be distributed

And let us be aware, Propaganda is used by all sides

Sound sensible to me

Funnily enough me and Mrs C_S we’re talking about this and the old adage: The first casualty with war is the truth.

Pretty much everyone on here will hopefully agree.

The mainstream UK media tries to be balanced. At least we can disagree. Can the East? Is the info we get from the East really true?

Susoect when it’s all over we’ll find everyone lied.

And let us be aware, Propaganda is used by all sides

The noises coming out of Kyiv are starting to sound like the penny has finally dropped. Ukrainian President, a big fan of the West, is now saying that if the West doesn’t put up the no fly zone then it is responsible for every death that happens thereafter.

Or pull the briefcase out from under his desk

He doesn’t seem the capitulating type

The ‘I’m not from around here and have never experience war’ two cents here.

I, by worked on default, am the happy clapper cheering on the positives of the world, that much we can agree on yeah?

What I take the most umbrage over in the whole situation is the common person, the largest section of the whole world, always when the ruling class comes up with a desire to punch someone in the coconut, literally nods their head in agreement with this talking point.

When shall we even at least consider, for only a moment for which it could take, to say, “NO, go fucking fight amongst yourselves!!”

I get that we all think that we cannot organize a root in a brothel among ourselves but for the love of everything, the pandering to the media and the government has to stop. Did we not learn anything from the last human catastrophe that was Covid to at least think, well, jeez, peace would be nice? Even just for one day?

Now considering the ruling class don’t actually give a fuck about the collateral damage that is the common man and women and everyone one in between, WE have to be the change, WE have to say ‘enough is ENOUGH’.

The government says the law will change to allow more allies of President Putin to face punishment.

Personally I find it odd that despite all the virtue signalling by our Government they’ve effectively allowed Russian oligarchs and companies so much time to move their cash.

Well he is not wrong in many senses, a no fly zone will kill many more, the west has stood by in many conflicts but none quite so close to home.

Ukraine top the medal table with three golds on the first day of the Winter Paralympics in Beijing.

Without taking anything away from the winners, I wonder if the other competitors may have held held back just a teensy bit?

You think an Olympic athlete held back? Nice thoughts but I highly doubt it.

I was just wondering Barry

You will be assimilated. The collective only has one opinion.

Equally, as we’ve seen in other sports there may be just 1% more focus commitment and effort above the usual 110% of other Olympians.

More concerning was the censoring of the opening speech by Chinese TV.

Time to start relocating global manufacturing out of there

Not sure if this goes here but this is a good piece that gives a very general overview of European thought and how much it has changed within the last few weeks from the rigid position it was before. 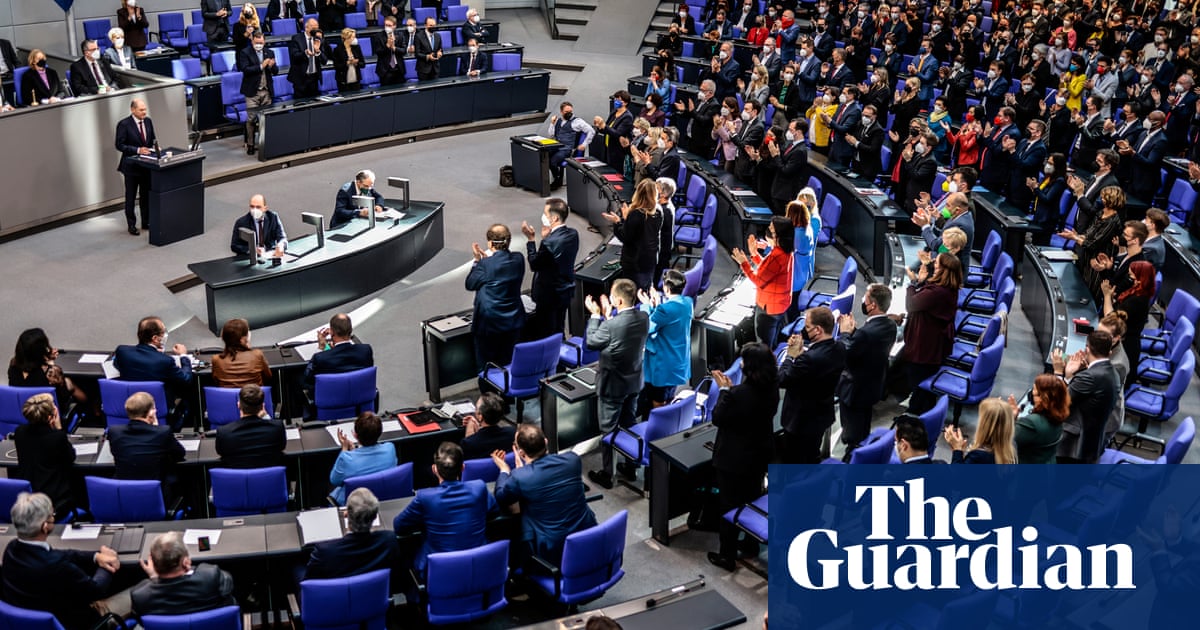 The week where decades happened: how the west finally woke up to Putin

From Germany’s shock military spending rise to sanctions unity, leaders have come together over the war in Ukraine