🦇 The sci-fi, fantasy and capeshit thread

I will respect the Bear’s wish to keep his Good Shows (no capeshit pls) thread clear of capeshit, but damn it, we will discuss it here.

Trailer for Daredevil Season 2, right here. The Punisher and Elektra both feature.

Tks pap. Can you also take James Bond? And Sherlock Holmes pls. They’re both quite Capeshitty, when you think about it.

Not seen Season one but will have a look. Punisher looks cool.

So much stuff to catch up on not even started Flash, Jess Jones or Agent Carter yet.

What I have seen of Lucky man was rather good though

On the subject of Bond.

I saw earlier that bookies have stopped taking bets on Tom Hardy.

Still think it should be Idris Elba, tbh.

Tom Hardy is a great choice providing he plays it realistic which I can imagine he would.

I hope Tom Hardy don’t sell out. What a waste of a Good Actor, playing fkin Bond FFS.

I think they should get with the times and give it to a disabled actor, or a midget. Something like that.

Yes I agree, I put forward a motion for Eddie Izzard to play Mandela in the remake and Steven Hawking to star in “Born to run” the life of Usian Bolt, fairs fair in my humble.

… or go for a different species all together eh Bearsy ? 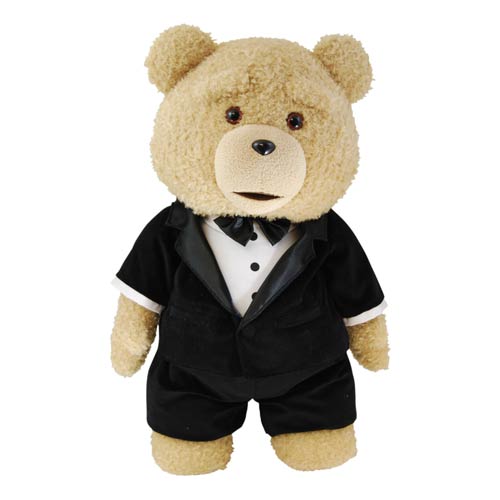 Casting is often too “On The Nose”. When I was watching the movie bout Stephen Hawking, I was thinking it would’ve been braver choice to cast someone like Adam Sandler.

I knew it would have been ph.

Look, I’m just saying that it would be better to portray UK Intelligence Bros like they actually are, i.e. Diabetic.

Yes thats really going for it, can’t upset species we haven’t met yet, possibly an Ewok or maybe even a Hutt.

I am rooting for a remake of Schindlers list where everyone is played by Eddie Murphy.

With the tag line ‘for them, life is quite literally like a box of chocolates’

That could work, I’m seeing that now, yep its a goer.

I watched that Daredevil 2 trailer. It looks fkin terrible RIP

Sh’up Bear. If the first season is as good as the last, then Daredevil season two will be a winner. Very decent casting for the Punisher, imo. Quite a coup considering the dude’s last big role was in The Wolf of Wall Street.

Legends of Tomorrow just hit the TV screens here, started in US end of January. DC Comics spin off from Flash & Arrow. Is ANYONE making normal TV anymore?

No I ain’t gonna watch it, I’m with the Bear and don’t do Capeshit, just Sherlock & Dr Who & Agent Carter (just for Hayley of course)

The missus has long been a fan of Arrow. She doesn’t like it when I point out “that they probably couldn’t afford the licence for Batman” especially as I now watch Gotham, something she doesn’t.

I caught the first season of Flash. It was alright, but nothing earth-shattering, and while it did feature a season-long arc, there were very few episodes totally given over to it. Most of it was freak of the week with a little callback to the overall plot to keep things ticking over.

The newer stuff, particularly the Netflix Marvel shows, take the complete opposite approach. Those shows only have around twelve episodes to tell their tale, so there is very little week to week filler, compared to the CW DC stuff.