🏌 The Home of Happy Golf Stories

Well, I warned you!

Joking aside, over the year some funky, unusual and (God Forbid) even slightly interesting stories pop up around Golf. (eg How Golf caused Trump to meltdown at CNN last week).

So I thought I’d park them here. Most of these will be published stuff you may have missed.

The European Tour has a Ranking System. Only the Top 115 have an automatic RIGHT to play in any event they choose. Only they have a “Playing Card”

Each Year the top 60 come to Dubai to try and win the DP World Championship and a truck load of cash. Besides the Ranking, each player needs to play in a Minimum number of Tournaments in the season.

Players without a card have to rely on Invitations from Sponsors, so basically their ability to actually earn a living from the game is next to Zero - they cannot play enough times and the actual cost of playing in an event (Travel Accomodation Wages etc)

Each year there is a “Quaifying School” where players can win a Playing Card, then there is a Promotion System from “The Minor Leagues” such as the Challenge Tour.

In that 115 there are a bunch of players who are often described as Journeymen. Our own Saints Surpporting Richard Bland is one of them - REALLY nice guy. They earn enough to survive but never get to the BIG BUCKS (lthough Richard DID earn a damned fine wedge last year for being - well, a bit better than average, but like Saints at the moment - he wasn’t a WINNER.)

Those Journeymen are by and by really nice guys - some (like Paul Casey) are complete Cocks, but the fact is they are away from home for 30+ weeks a year and they need to be pleasant and sociable (and come to Barasti to watch Saintsplay) or they’d go nuts.

In October, a REALLY NICE GUY - Graeme Storm (Stormy) had been having a worse than average year. In fact he needed to win about 8,000 Euros at a tournament in Portugal in order to keep his Playing Card. because he is a REALLY NICE GUY - this got a lot of coverage. On the Final Day on the FInal Green, Graeme had a short putt to keep his card…

And missed. He was outside the top 115 by 100 Euros after a 50 week long season. Twitter gently ignited in sympathy, it even made Sky News. Graeme was out of work.

Two weeks later the Tour went to China for its FINAL SERIES sitting just outside the Top 10 was American Ryder Cup player Patrick Read - he had dual Tour status.

He,d planned his season and scheduled to play in a BIG MONEY event in China (The HSBC World Golf) that gave him enough European Tour events, then come to Dubai and earn a million or so more.

Until he injured himself and couldn’t play.

Sudden panic - he is one event short of keeping his card, the next event was the Turkish Open - Patrick signed up and - The US Government issued a Travel Advisory to US Citizens - and because Golfers Employ people under US Law they could not fly to Turkey. BOOM Patrick is a couple of million bucks lighter AND he is kicked out of the European Tour… And everybody moved up one place.

Meaning Stormy had kept his playing card by the skin of his teeth and the Coup Attempt in Turkey.

Fast forward through the Winter Break.

Stormy uses his Playing Card to have a vacation in South Africa and to play in the SA Open. This is a man who has not won a golf event for well over 9 years.

The Journeyman sets off

And only goes and wins the bloody thing. $160k in the bank, Playing Card Guaranteed for Next Year, place in the British Open and because he beat Rory in an incredibly tense Play Off, all the big Desret Swing Tournaments want him to come and play.

From a Broken Man worrying how he could pay the Mortgage in October to Hero.

It’s a great way to start the year

And nice to know we’ve rounded up the marauding golf tales and provided a secure pen for them.

I made a hole in one on the Riverside Park pitch and putt at Woodmill. Fortunately there isn’t a clubhouse so I wasn’t obliged to buy everyone a round.

Was TRYING to keep this to Professional Stories but that works

I was at a conference in the US - Golf Day - Texas Scramble - they also had some silly rules whereby you had a piece of string you bought (up to 2 feet) and could move your ball BACKWARDS if you had enough string (then cut off that amount.

On a Par 3 I fluked my Tee Shot about 8 inches past the hole, one of the team walks up, cuts off a piece of string and declares I had a hole in one. I called him Bullshit.

Finished the round report the issue and the Pro says - Yep Official Hole in One. I got my name engraved on a Board, a whole heap of Golf stuff and a $400 bill for the drinks for about 100 people in the tournament.

My brother bought a Golf - his first car - probably around 1989. A dream come true for the young man. Until it turned out to be a pile of shit and he’d been ripped off. My dad shouted at him. Not such a happy Golf story.

Have they raised that fence around the end of the Dubai Creek golf course to stop the balls coming onto the main road yet.?

Since the Thomas Bjorn re-design 10+ years ago the 2nd hole Tee Box is up tight with the bank on your right by the Road. Prevailing wind is from the left. Absolutely Taylor Made for a Slice, a thwump and a kerassh.

Allegedly. Never heard of it happening honest. I never Slice a drive.

(The 15th plays the other direction - towards AUH) and the tee box is further “inland” it is a hell of a shot to get a drive onto the bank now let alone into the road… But a perfectly nailed downwind once in a lifetime 180 yard carry Snap Hook will do it.)

It is also (allegedly) possible to hit a Dubai Metro Train on the Par 5 4th off the Tee. Nope never known that happen

Meanwhile HSBC & IMG are crapping themselves, their $6 million investment in appearance money to have Dustin Johnson Ricky Fowler & Rory all facing off together this weekend is looking dodgy.

Rory has tweaked a joint in his back and has flown back home (here) from SA straight in for an MRI Scan.

Obviously because he knows he will be working with me, his deal with the Omega Dubai Desert Classic is MUCH less than those start-up wanabees up the road have to pay him

Oh and Yes, Rory & JP live here in Dubai now. As does Rafa and his WIFE

This thread has gone native.

Are we sure it’s secure?

Where in the world are the next THREE WEEKS of European Tour Golf Events being held?

I’d like to think Europe, but I fear it may be somewhere else as we asked to leave.

Is it somewhere dry and deserty?

Meanwhile HSBC & IMG are crapping themselves, their $6 million investment in appearance money to have Dustin Johnson Ricky Fowler & Rory all facing off together this weekend is looking dodgy.

Rory has tweaked a joint in his back and has flown back home (here) from SA straight in for an MRI Scan.

Obviously because he knows he will be working with me, his deal with the Omega Dubai Desert Classic is MUCH less than those start-up wanabees up the road have to pay him

Oh and Yes, Rory & JP live here in Dubai now. As does Rafa and his WIFE

And why WIFE not wife? Anything we should be told? 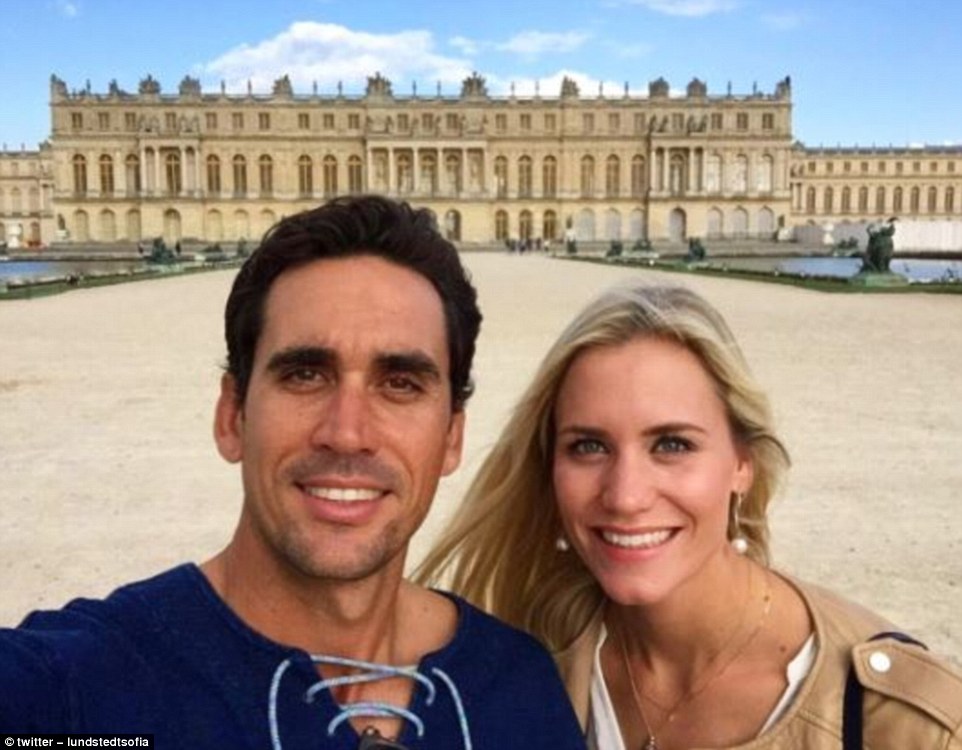 Hurry up and learn then.

Hurry up and learn then.

Emma. And that is a story for the Pub 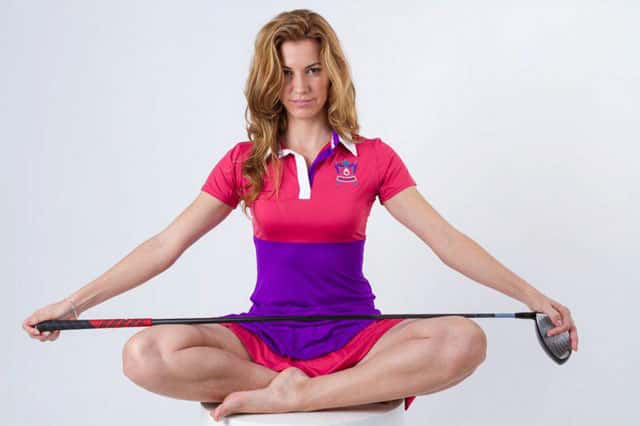 One is Sooooo ITK on Golf shit these days 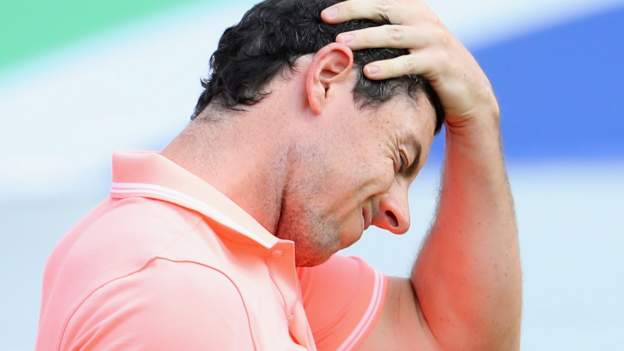 World number two Rory McIlroy pulls out of the Abu Dhabi Championship because of a stress fracture to his rib.

FWIW (ITK info) the boys down the road paid him about the asking price for Fonte to play down there. The boys up here paid him about a Steven Davis for the same 3 year contract.

Steress Fractures of the Rib can ONLY be treated by rest. Coming back too soon starts the problem off again - you can’t play through the pain so to speak.

NORMAL healing time can be 3 to 6 MONTHS.

Which could put Rory out of the Masters and upset a shit load of other spectators & sponsors. 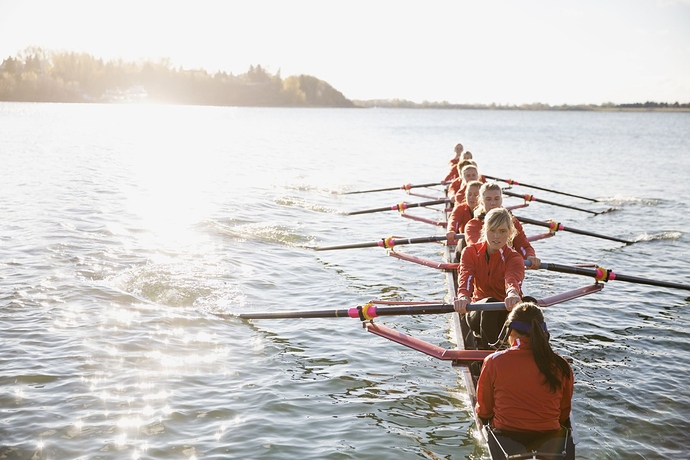 Why Rowers and Dancers Might Be Prone to Rib Stress Fractures

Rib stress fractures are injuries that occur most often in athletes. Allowing the bone to heal with rest is often the only treatment.

In September we got royally roasted in the US, sme of that was down to the fact that players in great end of season form - like Alex Noren didn’t get picked, and people who had been shit since April (Danny Willett) did play.

Also players like Russel Knox - a Scot who plays in the US could now get selected automatically. (Although pretty certain that the Tour will find a way of keeping Paul Casey away from the event no matter what)

In addition to the change to the Tour’s membership regulations, the Tournament Committee also approved three important changes to the qualification process for Europe’s 2018 Ryder Cup team.

Firstly, there will be a greater weighting for points earned in tournaments in the latter stages of the process to help ensure the European Team reflects those players in form nearer the time of The Ryder Cup itself.

Race to Dubai points and World Ranking points earned in these tournaments will be multiplied by 1.5 for the two respective qualification lists with the first counting event to benefit from this increased weighting in the 2018 season being the BMW PGA Championship at Wentworth.