:pl: ⚽ Should the Premier League restart 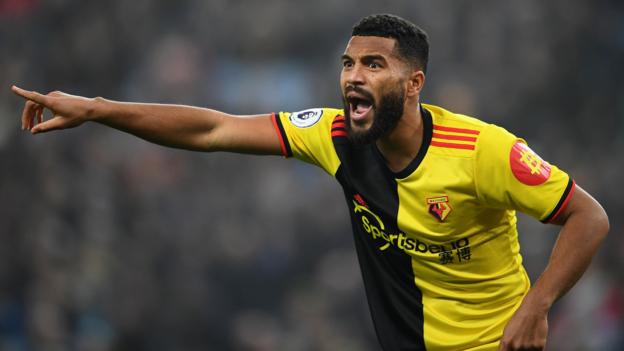 Only 2 options, simple yes or no

For me there are too many risks for the players and teams and support staff. Also if one player from a team gets a +ve test then surely everyone from the team has to self isolate given their proximity during a match.

Also, given the fickle football fan, how many will go to the stadia to try and get a glimpse of the football.

Games in empty stadiums aren’t played at the same level as in full stadia IMHO.

I’ve said it before but it seems that money is talking over common sense.

As I can only see games on tv behind closed doors is definitely an option. I have watched the 2018 world cup and 2016 euro’s England never improved. want some live football.

No, I want the season voided, and for Liverpool to not be awarded the title.

It would be the funniest thing ever.

Nah, give them it.

Before the pubs open.

When its right and safe to play football again, just finish teh season first, no rules to say it has to stop start whenever… and maybe have a separate shorter comp for 20/21… is the fairest way for all sides

I’ll be content if the season is voided, and they’re still awarded the title. It won’t be quite as funny as them not being given it, but think how everyone will wind them up for the rest of eternity… “of course, you didn’t really win it, did you? I mean, not properly??”

Virus infections dropping to zero or near zero in some places.
That is a trend.
Restart is still a month away.
Of course we should restart life MUST get moving again.

BUT. Will any of the leagues that re-start finish? It needs only 1 mistake, 1 a/c system blasting the bug around

That’s exactly the way of thinking that I’ve been coming around to. I did think it would be great if the season was declared null and void, but having Liverpool given what would always look like a tarnished title would be even funnier in so many ways. I can just imagine all those plastic Scousers getting ever angrier the more this is pointed out to them.

In a decade, that could become the “all man u fans live in Surrey” stereotype de nos jours

This is the nub of it for me.

We either have isolation rules for the whole nation when you’ve come into close proximity to an infected person (14 days) or we don’t.

We can’t have different rules for footballers.

And if we do isolate two first team squads because one of the players tests positive then it will make a complete mockery of the system.

Out Of Context Football (nocontextfooty) 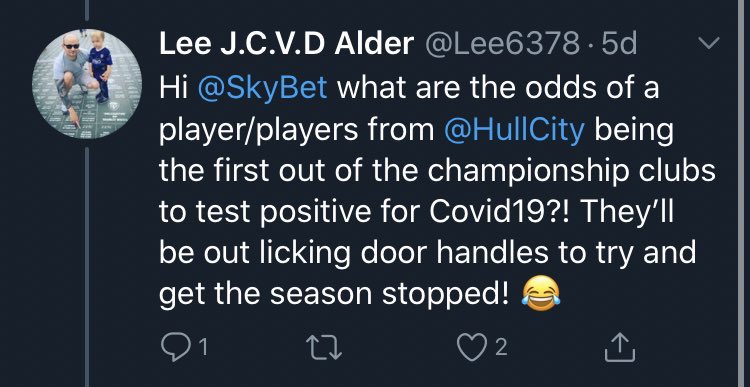 BREAKING: The Premier League have confirmed four positive tests for coronavirus from three clubs after the third round of mass testing.

Have Saints made it through to the 4th round?

The Premier League will restart on 17 June - more than three months after it was suspended because of the coronavirus pandemic.

How on earth are Man City and Arsenal going to adjust to playing in an empty stadium with no fans and no atmosphere?

There are 92 PL games left, this is where you can watch them: ▪️Sky Sports, 39 they had coming + 25 additional ones they’re going to make freely available ▪️BT Sport, 8 they had + 12 new ones, no plans to make them free-to-air ▪️BBC, 4 games ▪️Amazon Prime, 4 games

And just to underline my previous point about these being additional games. Nobody has paid the PL any money for these games. Not even the Beeb. Bravo.
Fatso May 28, 2020, 7:21pm #17

With the current infection rate will we be playing 5 a side with rush goalie?