Thought there was already a thread for Israel discussion but can’t seem to find it.

Unfortunately having created the mess that is modern Israel and Palestine our beloved establishment doesn’t have the balls to at least try to get Israel to show restraint / human decency to the Palestinians - which is bloody ironic if you stop and think about it. Mind you, we have waning power and influence in the world especially since Brexit was “voted” for, which is also ironicI guess 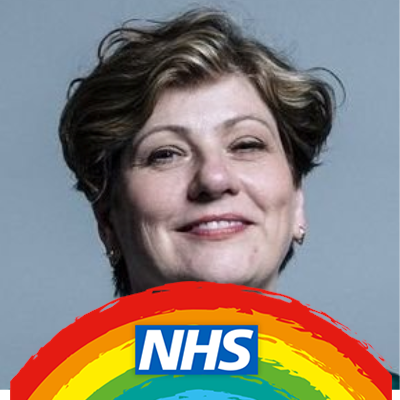 Today, I wrote to @BorisJohnson about the imprisonment of Palestinian children in Israel. Our government must call on the Israeli authorities to respect their obligations under international law. https://t.co/LGXitQDSxQ 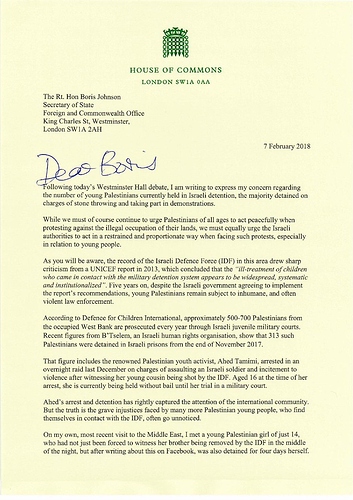 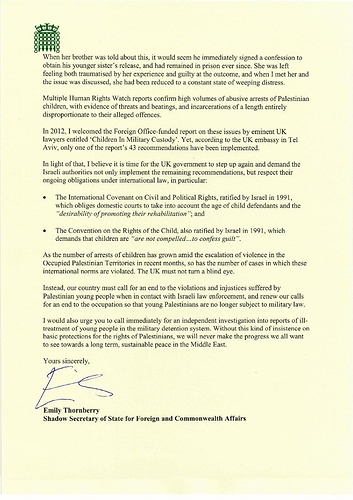 Too occupied with Brexit and chumming up with Gove and Rees-Mogg I’m afraid. Maybe once they’ve fooled the electorate again eh?

To be fair Israel has consistently ignored all peace treaties and UN resolutions so it’s not just our Government that’s ineffective.

True but as we bang on about being a world power with influence on the world stage - especially in mapping out the future of the UK - you’d have thought they could spare a diplomat or two to sort out the mess pretty damn quickly…?

It’ll take more than one or two diplomats to undo 70 years of fuckwittery.

It’s what happens I believe when you have an obsessive distrust for others and their culture, a fear and ingrained sense of superiority and ‘right’ - that you believe your way is the only true moral code… leading to isolationism from your closest neighbours… in the case of Israel, a long history of persecution perhaps does that to a people, and sadly it’s taught and drummed into each new generation as opposed to being a history that should be learned from. The ‘West’ can’t intervene for fear of being labelled as anti-semites, with an uncomfortable truth being I suspect the Israeli government use to their advantage… lets be honest, if any other nation so. Latently ignored UN resolutions and all the crap dished out by both sides - the UN would be in there sorting it out or the Yanks would.

The Israelis have the power to sort this out if they chose to. The military might is with them. Does anyone know why they chose not to? Given the atrocities inflicted on the Jewish people, one would expect a much more compassionate and determined desire to push through a real peace, not the continued and embittered shit storm over land…

…imho, the shit that goes with the desperation for borders is the price of division.

It doesn’t take a lot of intelligence to understand what is going on in Israel. A few maps over time does the trick, even if it obscures the vast amount of human suffering that has occurred since the state’s formation. Anyone capable of observing a trend will know that since 1948, the amount of land that Palestinians have to live on has decreased in size massively, while seeing a disproportionate rise in oppression and state violence.

It’s not savvy you need to discuss this subject; it’s bravery, and most of the time, that is not even enough. Ken Livingstone is still suspended from the Labour Party for making a factually correct claim, backed up by the historical record, his only purpose now is being resurrected as an anti-semitic zombie prior to any set of elections. His treatment is perhaps emblematic of the problem. What he actually said was Hitler supported Zionism, and he did, and you do not need a lot of sense to see why. He wanted Jews out of his country, the Zionists wanted Jews to resettle Palestine. What he was prosecuted for was a misattributed quote, “Hitler was a Zionist”, which fell out of the mouth of some pundit and was never seriously challenged.

The comments from the pro-Israel commentators and MPs were telling. Almost uniformly, people disassociated themselves with Ken’s comments, but never actually mentioned which comments they found offensive, relying on the overall message that had already germinated. This bloke’s a wrong’un.

Now Livingstone is a divisive character that has made a lot of enemies over the years, but he also has a long record of being an anti-racism campaigner, and the attacks by the likes of John Mann were as unforgivable as they were laughable.

Last year, we saw evidence of a 1m reward being put up by a representative of the Israeli Embassy for compromising information on Sir Alan Duncan, an openly gay pro-Palestine high profile member of the government.

Returning to one of my original points, you shouldn’t need bravery to discuss the policy of a state. We are fiercely self-critical of our own state, and that’s okay. The whole world can criticise US policy, vigorously, and that’s okay too. Some may point out that the French are a bunch of racist fuckwits for their headwear ban, and those people would not be dragged off into the night or destroyed in the media.

Israel gets very upset about people that don’t recognise it as a state, but simultaneously doesn’t want to be judged as a state. That is a serious problem for a world and an existential threat for what remains of what we call Palestine.

Probably your best post Pap, well this year,actually this week. No, of today…

Seriously though, I don’t disagree, all good points! Thank you.

Funnily enough though I was doing some v. srs business with an established establishment chap (uk) today who happens to be Jewish and does loads of good charidee stuff so you never can tell

The thread is about Israel, a state and its policy.

This is an issue that people have to walk on eggshells on to avoid any accusation of impropriety or deep-seated racism. The thread is entitled Israel. People have stuck to that subject, and no-one, not ever, has ever had a go at Jewish people for being Jews on this site, ever, despite the reports you may have heard from Planet @furball .

You smashed right through it with kickers on, mush.

Of course if I added he is pre-Israel it would have been ok then? Which I. Know that particular person is.

And you’re telling me that there is no inextricable link between State and religion out there?

Down vote for making the assumption I was being racist. If I misunderstood then I will gratuitously upvote you elsewhere.

There were seven sentences in reply to your post. If you’d like to point out which one of those implied you’re a racist, I am all ears.

It is one of those things that do piss me off though that when being quite rightly highly critical of the Israeli policy and Government, there are those who sling the anti-Semite card about despite the faith being irrelevant to argument.

And as I suggested above, I believe this suits the Givernment very well as it seems so often free to do as it pleases sticking two fingers in the face of the UN resolutions and worse.

This is an issue that people have to walk on eggshells on to avoid any accusation of impropriety or deep-seated racism. The thread is entitled Israel. People have stuck to that subject, and no-one, not ever, has ever had a go at Jewish people for being Jews on this site, ever, despite the reports you may have heard from Planet @Furball.

You smashed right through it with kickers on, mush…"

Don’t think it was aimed at you Cobs, maybe a bit sensitive, it can also see how it might have come across that way?

It was aimed at Cobs, but I have no idea where he gets the implied racism from.

The _only _thing I was pointing out was his conflation with the discussion of a _state _with his description of his business associate, which was more about a religion or at the very least, an _identity _that people subscribe to.

What Cobs implied, by saying that he knew one representative of a community was okay, was that people here were espousing the view that members of that community were not okay.

That didn’t come from anyone else but him, and doesn’t help the discussion.