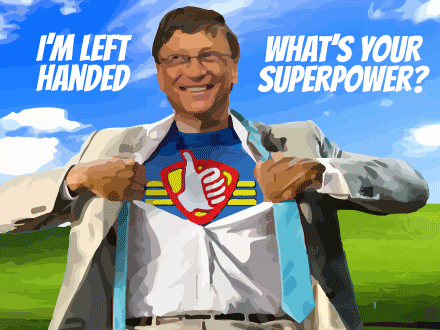 How Left Handed are you 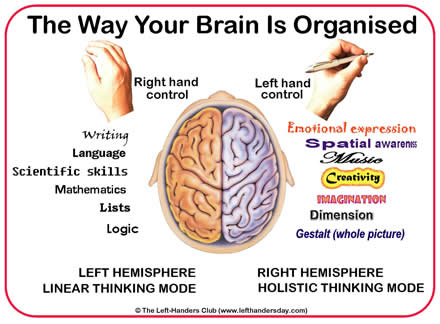 That’s not fair. They’ve already got a special day for them. 3rd December

Smack his hand with a steel rule.

I love that the Italian/Roman for left handed is sinistre…

I love that the Italian/Roman for left handed is sinistre…

Watch it! When we finally take over the world you Righties will be first against the wall.

This will at a stroke rid the world of its overpopulation problem.

Only for wanking when your right hand is tired.

There is no hope for you.
Your name has been taken.

How appropriate…it’s what you’ll be sitting on, come the revolution… 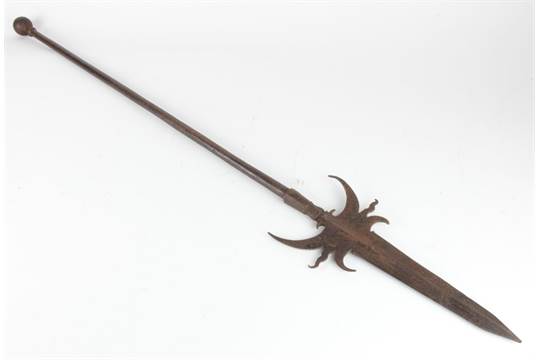 It derives, as you’d expect, from Latin. The word for ‘left’ in Latin is sinister, the word for ‘right’ is dexter. That those two words have evolved to mean what they do in English tells us a great deal about our primitive suspicion of those viewed as different.

Even in the mid twentieth century children were often forced to write with their right hand and punished for attempting to use the left. Pretty appalling really.

Yep, you’re correct, any one who wants to use their left hand is appalling…

Even in the mid twentieth century children were often forced to write with their right hand and punished for attempting to use the left. Pretty appalling really.

What was it like in the mid-nineteenth century, @lifeintheslowlane?

What was it like in the mid-nineteenth century, @lifeintheslowlane?

Surprisingly liberal, although as a punishment I was once told to write out “the times tables” in Glenfield Infants and publicly praised for finally being able to grasp the “three times table” which I had always found particularly tricky.

Apparently Prince Charles had this treatment when he was a child, naturally left handed but had it smacked out of him. Weird.

Eldest daughter is a lefty. One of her first teachers was also left-handed, and quickly got her using her right hand for a lot of things. Her theory was that the real superpower was training your right hand to become essentially ambidextrous.

Never experienced anything like that, I’m the same age as Charlie.

Whichever hand I wrote with nobody would have been able to read it.

I’d give my right arm to be ambidextrous.

But then Charlie went to a very old-fashioned and harsh public school in Scotland. They probably hadn’t heard of left-handedness and treated it like a sin.