:saints: How do You Solve a Problem Like Southampton 🤷‍♂️

I feel some trepidation starting this thread as I don’t want it to descend into @Not_Barry ranting and hyperbole about modern footbal.

If anything the last couple of seasons have shown us there is something dark at the heart of Southampton. Be it Ralph, the players, whatever?

People have suggested that binning off Ralph isn’t the answer, just that he needs more support and someone to help him with the tactical decisions during matches? Things haven’t been the same since his number 2 (whose name I can’t remember) disappeared for pastures new a while back.

Hopefully the new owners have seen this and have some ideas.

Thoughts (but not rants please)

It’s weird. I think there is ability in the squad (ok - not to win the league but at least finish in a respectable position) but there’s a mental fragility around fighting back from losing positions - oh, and an inability to actually put the ball in the net.

Get those two sorted and I’d like to think we wouldn’t be in the position we’re currently in.

This. Confidence seems to more fragile with us than most - both during individual games when we concede and then, as results turn shit, in the way we approach games from the start.

Here’s the view from behind the carrot stalks …

We CAN do it … that’s been amply demonstrated. We had a long run of being unbeaten at home, we beat Arsenal, we drew against Citeh. That was this team, not something different.

A number of things changed at certain times but IMHO one of the big things is getting people back up to speed and confidence after being sidelined. Broja turned shit, Salisu looked lost, Tino was out of confidence, Stuey was half the player he started as. That all happened afer injury and it needs to be sorted.

We’ve got too many “nice to have” players like Redmond. He’s a good player (and who would have thought we’d see the two performances like the last 2 games ?) but he just has this habit of “going shit”. I don’t know whether it’s a confidence thing - or is it an “over confidence” thing. Even Klopp clapped that goal last night … where the fuck was that sort of strike 9 games ago ?

There’s too many other players that are not consistent - Redmond, Ely, Broja, Diallo to name a few.

Then there’s the “squad” - WTF is Djenepo contributing. Great player, just not in the Prem. Moments of brilliance, hours of crap performances.

Our CBs are blunt objects - I thought all 3 of them were solid last night. Big game, big solid wall. Happy days. Then Salisu noticed the blonde in row 4 and brain farts start. We’re not Real Madrid - keep it simple, get your foot through the ball, do not try fancy play. Lyanco got away with one last night with the circus stunt flick over Origi’s head - just fucking don’t do it please.

Substitutions and adapting the play … I don’t know why we waited until the 85th minute last night to suddenly decide that we were going to take the game to them? I’m not talking about “do it from kick off” but we could all see that Broja wasn’t going to score if that game went on 'til next Sunday. Adams was fresh, ready to go, 20 minutes left, get him on and tell him to work the defence. No, we leave it too late, the subs DID make a difference but it was too little too late. That’s Ralph IMHO - whether it’s him or his staff, it’s him. Too fucking stubborn to change it … pisses me off.

Don’t get me wrong - I don’t want us to become a Leeds … they play high press at any expense. That’s madness and why they are going down. There is a time for pressing and teams you can - there is a time for soaking it up and teams you can’t. I’m not sure we can see when to do it and when to not. Ironically, our best purple patch of late was during lockdown when all you could hear in the stadium was Ralph bellowing … coincidence ?

Next season will be the same as this. We’ll have ups and downs, probably stay up and we’ll take some big scalps. Carthief will flap like a windmill in a hurricane, Lyanco will think he’s Ronaldinhio, Salisu will forget which way he’s passing and Redmond will be Redmond. That’s why we kep coming back …

We need better hair. Salisu is making an effort but let’s face it the boys look shit in the disco. jWP and Long in particular need to up their game. It’s not nineteen sixty fucking three. Where’s the Alice banded lothario? The intricately shaved urban ruffian? Better hair means better results. Fact.

We are suffering from a bad run of decisions

After the Mane / Pelle / Tadic purchases we went on a bad run of buying - I think someone forgot to upgrade the black box. As a result we squandered a lot of money on cocks like Carillo

We have also lost our academy first mover advantage. The rest of the EPL now have academies far better than anything we can offer

One thing is for certain - this is not a quick fix. The changes this new mob are going to make will take time. Ralph’s job is to keep us in the league until they can get the system cooking on gas

I predict a few more years of misery

Salisu got injured. Made a mistake, got pelters.
Bednarek ditto at same time.
Romeus’ legs went the same time just as he was becoming creative as well as destructive.
That caused it, confidence went. Our own so called fans did it.

Just one bright issue with that. Tomorrow night at SMS. Our U18s already look as least as good as, and better than most, other teams.

You just had to say that FFS.

It’s Citeh, by far the best in England at age.
We did well as Chelsea have lost so many B Team players that their kids went up an age group

I know Citeh are amazing. But we are bloody good, not just beating Chelsea, but Spurs, Arse, W Ham etc.

Of course it’s still a big jump from U18 to first team but there is reason for hope.

Things haven’t been the same since his number 2 (whose name I can’t remember) disappeared for pastures new a while back.

After the Mane / Pelle / Tadic purchases we went on a bad run of buying - I think someone forgot to upgrade the black box.

I personally believe that our approach was quite novel for the Premier League at the time. However (and it’s a BIG however) our success was short lived due to other clubs, with deeper pockets, taking note. I don’t think we changed or started making bad decisions. (I recall that hearing that Pelegríno was given the choice of strikers including Raul Jiminez of Wolves but wanted Carrillo as he’d worked with before. In a desperate attempt to back a struggling manager they acquiesced. That doesn’t explain Hoedt though so I take your general point).

All of a sudden we were competing with Leicester, Everton and Spurs. Spurs took our head of recruitment soon after (along with Pochettino) and I believe Leicester are now nicking our current one.

The players loved Danny Rohl apparently and him leaving and not being replaced directly is definitely a factor for me. We have too many non descript coaches out there contributing what? Dave Watson is set piece coach FFS and I was in nappies the last time we scored from a corner. (We may have got a couple this season but a stat last night said JWP has taken a league high 208 corners this season so that is still a garbage conversion ratio) Even with the best taker in the division whipping them in. Sure there is blame apportioned to those on the end of them too but they need to be coached because they are physically tall and strong enough.

What does Kelvin Davis actually do? Some shit about keeping in touch with loan players?

Ralph needs somebody to stand up to him when he’s being stubborn. He clearly doesn’t always know best. But does he respect the opinions of those around him?

But ultimately more money spent is the biggest factor. We will only get marginal or temporary gains from signing the best 18 year olds.

In my opinion we somehow need to improve the starting 11, through the spine of the team. A keeper capable of being number one, a Bednarek upgrade, a DM in the Romeu mould as his legs look like they’ve gone recently, a number 10 who can create and score a few (Djenepo, Walcott and Redmond do not contribute anywhere near enough. Problem is shifting them because nobody will buy them) and clearly a goal scorer. Easier said than done, for sure.

The fact that we have actually gone backwards (barring a hugely unlikely win at Leicester) this season is alarming so whatever happens this’ll be a big summer.

No rant from me, football is sadly broken, totally broken and we’re consigned to it.
Any success we get is sold for profit, one of the hardest jobs in marketing would be the Southampton FC one, how can you possibly sell us to the customer? We’re all savvy to their codshite of #wemarchon etc etc so how can you sell a tired product and that is what the premiership and Southampton is and are.
The league is predictable and boring, the matches are great but after 380 games the end result is nearly always the same.
The globalisation of world football doesn’t want Southampton, it wants a league of huge clubs playing.
We can’t afford to buy established talent, we can’t afford to even buy aged players as they’ll have no sell on value and have high wages, its the same for many, its rigged and a turkey shoot and I hate the glory out of town fan, they’ve destroyed our game, our league is a league for the world played in England but does little for the English game.

Take off and nuke the whole site from orbit. It’s the only way to be sure. 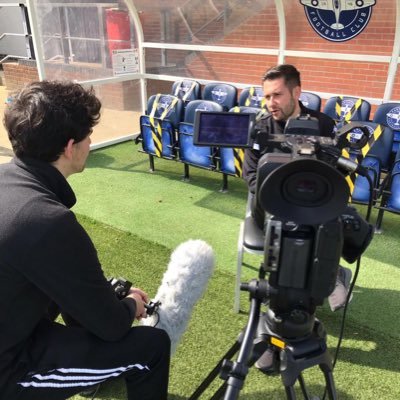 Spoke with Ward-Prowse today on his POTY nomination and what's gone wrong. Committed to #SaintsFC, you still can't help feel the need to take a big step for players like him. 🔻 "The main thing is we don’t sit here in a year and have the same conversation... the same mistakes."
1 Like
Polski_Filip 25 May 2022 18:03 #19 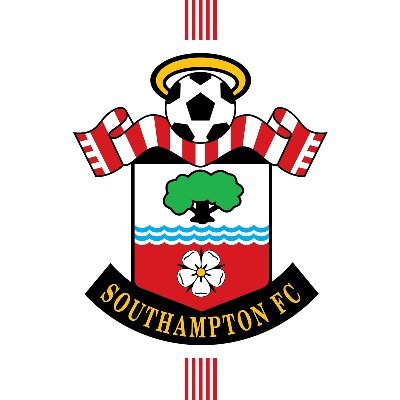 #SaintsFC can confirm a change within the coaching team in the Men’s First Team environment, making the decision to part with Kelvin Davis, Dave Watson and Craig Fleming:

Not sure that losing Dave Watson is a bad thing