The “deal” has been signed by both sides of the divide, now let us see how it goes…

Be civil, be polite, be cordial…

Be civil, be polite, be cordial…

House trained capitalism? Please. Monbiot talks a load of shit, but never has he managed to condense it as neatly as he had here.

Drawing comparisons between the Brexit vote and Chile in Pinochet. It’s a military coup! Farage and his ilk are just tools of people who want to destroy democracy!

A fucking conspiracy theorist financed by the Guardian.

All hail the 17.4m. The warlords of capitalism.

Did anybody see Johnson’s interview with Laura Kuenssberg tonight? My God, even she looked stunned when he went full on Trump after refusing to accept that his trade deal will create new barriers to trade with the EU, the same lie he told at his press conference on Christmas Eve. When Kuenssberg put it to him that this was just factually wrong he refused to accept it. Started rambling on about how filling in customs forms and all the rest of the red tape will be a good thing, and other surreal nonsense. I suspect he hasn’t got a clue what he has just signed, he’s had his moment of victory as he sees it, done the ceremonial signing duty surrounded by enormous Union Jacks, job done. Just as with his handling of the pandemic for the past year, he’s not a details man,(code for lazy bastard), just blusters and bullshits, says the first thing that comes into his head and then doubles down on it. Always frantically playing catch up, trying to limit the damage his ineptness and inattention to detail and ignoring of politically inconvenient facts causes. And, like today’s interview, he does it with such arrogance, the smirking when he tells a blatant lie. He really does think he’s invincible, again just like Trump. The worst possible characteristics anyone could wish upon a leader of a country, especially during times like these. But he will blunder on, making the same wrong headed decisions, reversing them a week later, then doing it again. And he’ll be there, standing amongst the wreckage, a smirk, a little ruffle of his hair, blaming everyone else and half the country will be cheering him on. God help us all.

ICEBERG!!!
Capt Johnson: Full steam ahead, aim for the middle!!! It will give way!!

I’ve not watched it.

It’s not news that Boris is a functioning idiot.

But you’ve bought into it.

I’ve always bought into the idea that we had to be prepared to walk away to get a good deal.

Will be interesting to see what happens six months down the line when the reality of what the small print really means starts to manifest itself. From what i’ve understood so far it’s certainly a good deal - for the EU. They must be well pleased with Barnier,he’s run rings around our team, no wonder they couldn’t wait to bite our hand off. The giveaway is the contrast between one side, quietly and without fuss getting it quickly approved and ready to go, and the other boasting about having cake and eating it, continuously bigging it up all over the media with ever more reality denying claims, like a car salesman trying to shift a dodgy motor.

So we are done

It will be interesting. That’s the thing. It’s happening now on terms better than I expected. I expected no deal and a lot of bother. We just have to wait.

It’s a bit of a weird time to judge anything because of the extraordinary times, but we’ll still be able to assess ourselves comparatively with the remaining member states.

You really believe there are folks who deliberately want it to go wrong? Seriously?

I don’t know any Remainers who want it to go wrong. Many have concerns as to the impact because many seem to be relying on ‘everyone pulling together’ in some sort of Churchillian war time blitz spirit… which turds like Boris seem to be championing?

Well forgive me if I dont believe we live in that country anymore (maybe a few Daily Mail readers do) as the whole selfishness demonstrated during lockdown has highlighted, and secondly, it would concern me if we were relying on it to achieve any sort of favourable outcome…

All this ‘pulling together’ rhetoric, means what exactly? How do we ‘pull together’? Most people will carry on doing their jobs and making their contribution to community and society as they always did,… and many will continue to do fuck all, Yet it’s obviously aimed at those who remain vocal about their dislike of Brexit… the two are NOT the same thing. It seems that telling folks to shut up and ‘get on with is two things;

Like I said, what does it actually mean? Do I need to go out and buy a spade and dig up my lawn for Veg ?

This article gives a flavour of why Johnson’s deal isn’t really the success he’s been making it out to be.

I don’t think it wrong to question it. I’d object to being vilified as a “remainer” for pointing out the obvious things that make us worse off as a nation. I just hope whoever is involved in ongoing negotiations knows their arses from their elbows and negotiate in good faith to make up for what we apparently will be living with now. 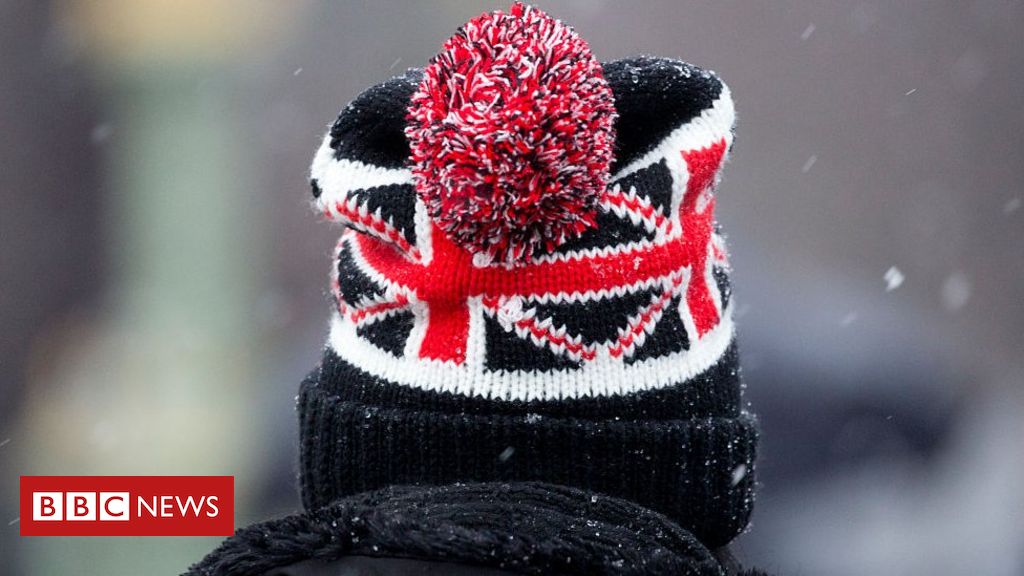 Brexit: What are the key points of the deal?

These are the most important aspects of the UK-EU deal, and what they mean for people's lives and businesses.

I think that over time many folks will see it all for what it really is - Brexit is a bit like the Emperors new clothes, with folks having bought into the concept of sovereignty being the end all, when for average person, the loss of what appear ‘trivial’ practicalities will one day hit home.

It’s easy to dismiss ‘additional paperwork’ as something ‘we just have to get on with’ but It increases our costs which are already high and reduces our competitiveness… travel queues will annoy, but will be those Europeans fault.

Thing that gets me is all the bullshit jingoistic shite, like calling a new student scheme after Turing, when international students (non-EU) already have schemes that enable them to study in the UK… so suggesting that this is new with the Turing is just BS.

Ultimately, we have decided against some very real practical advantages that will impact on simple day to day activity for ‘sovereignty’. I am still waiting for someone to list the ways in which this is going to benefit the average person in the UK… Maybe it’s something that is needed before they will all ‘pull together’ if someone can explain what that means in a practical rather than conceptual way…?

I voted to remain. I do not want Brexit to fail because I want my children to have a decent future. However, spare me the spin and the bullshit, for example, this cakiest treaty crap. It is a deal. Yay. There will be no “failure” because there is no right or wrong, just an opinion on whether you want you country to be part of the EU or not and being in the EU or not. As a large country in Europe I could never understand this need to go it alone, but that is what a slim majority have decided that we have to do. So be it. It is a constant source of embarrassment and confusion to me why some people get so worked up about “sovereignty” which means less and less in the 21st century. We were in Crete when the result of the referendum came through and the only English couple in the hotel. We had a constant stream of people asking to explain why the vote went the way it did. They couldn’t understand it and, to this day, neither can I. Countries such as Germany, France and Italy were prepared to give up their currencies. What made us so special that we had to keep our precious pound? You expect this sort of island mentality on the Isle of Wight and the Isle of Man but we are supposed to be players on the world stage. Well we are about to find out how significant we really are now we have cut the cord. The pejorative term Remoaner will be throw at us for years to come no doubt by those who talk a lot about democracy but don’t like that someone has a completely different idea about where they want their country to be. No hint of irony from them that for years we have had to put up with the bollocks spouted by Eurosceptics about straight bananas etc.
Boris Johnson can stick his cakiest treaty up his arse. In the meantime the rest of us will continue to put up with the shit his party serves us just like we did whilst we were still in the EU.

The only thing I want to “pull” around these people is a fucking trigger.

Time to close the thread, all?