I wasn’t holding out much hope after the trailers and was going to dodge it…but the reviews are universally shit hot positive so I’ve cracked. 3D Imax booked for next Friday. Excited.

If you like your Blade Runner this review is probably worth your time.

I think I saw it later in life. Wasn’t as good as it had been hyped by my geeky mates, perhaps undone by the passage of time a little bit. The world building was amazing. Some individual performances are excellent. Plot, not so much.

Interesting viewpoint there, papster. I liked the original film, and thought the director’s cut (minus the pointless voiceover narrative) was excellent. I can see what you mean about the plot, given that there isn’t an awful lot of it, but even then I like the ambiguity (the comment “She won’t live, of course. But then, who does?” (not verbatim) is beautiful in its variety of possible meanings).

Compared to the book it’s taken from (Philip K Dick’s brilliant Do Androids Dream of Electric Sheep? - as if you didn’t know), there’s quite a bit missing. But it does capture Dick’s vision of a dystopian future world pretty nicely, and I certainly liked that side of it.

My all time fave for lighting, sound, and some great characters - the last of the great non-CGI movies.

Booked to see the new one and quietly confident from the trailers that it has retained the feel of the original.

It had better be good!

Yep, I’m with you Raleigh Boi - I had very low expectations, assuming it would be shit (much like that fucking awful remake of the Prisoner). However, reviews are universally good. I’m going to have to go on my own as Mrs BS will have no interest whatsoever…

First saw it was I was about 7 years old, I shared a room with my older brother and he was watching it late one night and i was captivated by it (I should have been sleeping), and when I say ‘I saw it’ that’s literally what it was as he had his headphones on. Don’t think I saw it again til a few years later and got to listen to it as well, I think 10 year old me liked the voiceover because I was stupid and didn’t know what was going on. Watched it a couple of years ago (the ‘final, final, yes this is defo the last cut’ cut at the harbour lights cinema and it still holds up. Very excited about 2049.

First off I’m amazed that it’s been covered, although really it is another interpretation of the novel.

Now looking forward to seeing it (and then watching the old/original pretty soon after and I bet most do.). Tried getting my partner to watch the first one so she can compare it to the new and she thought it was better not to watch the old one because she has no intention of watching the new. Fair do’s.

Still astonishing how good it looks.

The director’s cut is the only version I’ve seen. I’ve no real interest in the theatrical release, mostly because it fucks with the room for interpretation, The unicorn is not exactly screaming out that Deckard is a replicant, but you can take that from the film should you wish.

It’s a shame then, that Ridley Scott has pretty much committed the same sin in interviews as them meddling studio bosses did with his picture. There’s no room for interpretation in his version of events, which pretty much poops on the subtlety he tried so hard to establish. You’ve ultimately got to believe Ridley Scott; it’s not like he didn’t leave enough clues, even in the original.

The film introduced the possibility of replicants that don’t know they are replicants, which Deckard pretty much has to be for the replicant Deckard to work. It’s all there if you’re confident enough to make the assessment. I know people go apeshit over this movie, and I understand why. Just a bit gutted to have not been there at the time. It was one of the first DVDs I’d ever owned - that was the first time I ever saw it. 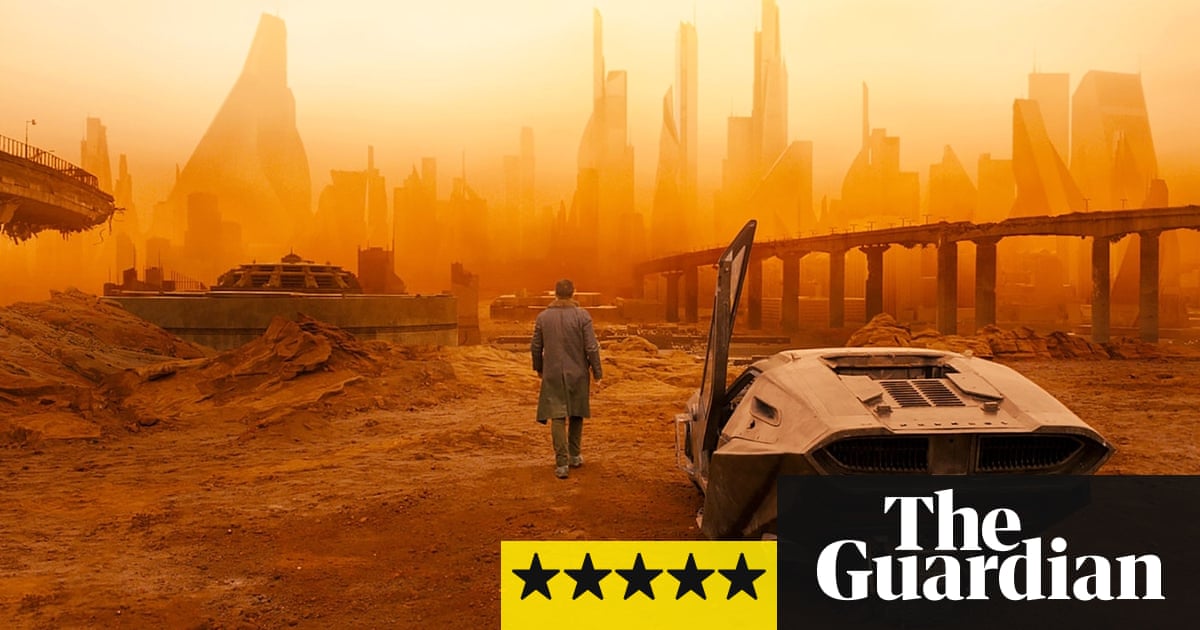 Yeah, all well and good but did he like the movie?

Obviously my plan is to be at the Imax at dawn next Friday but will she sit through it without knowing the delight of the original story.

If I go alone she will eventually catch up but will have missed the big screen experience.

Strange they didn’t let Netflix have the film for us to remind ourselves.

Sitting in a cinema watching the opening cityscape scenes of Blade Runner accompanied by the amazing audio is one of the great film experiences.

You can put aside any wobbly plot or complex narrative, Scott created a visually stunning and plausible new world.

It’s also difficult to believe that it was just shot in a small room with models and a smoke machine!

First off I’m amazed that it’s been covered, although really it is another interpretation of the novel.

Now looking forward to seeing it (and then watching the old/original pretty soon after and I bet most do.). Tried getting my partner to watch the first one so she can compare it to the new and she thought it was better not to watch the old one because she has no intention of watching the new. Fair do’s.

Must be some sort of record

In all fainess it was brave of @cellone to tackle a remake of his original post after the first one has been held up by critics as a classic.

While this latest post clearly borrowed from the iconic original, I thought the subtle nods to nostalgia through lighting and plot, and the limited use of CGI gave the new post a fresh feel while remaining loyal to the spirit of the book - and in years to come, many may regard this remake as a worthy addition to the future forum boxsets.

I’m lost, remind me did the original original have the voiceover saying what was going on?

Yes, Yes, I and I have 3 or 4 versions on DVD but what was the first original.

Was it really released in 1982? Wow, I seem to remember watching the original in the cinema but we were stationed in Germany at the time so it was either that or on VHS!!