What are peoples thoughts on these things - they seem to be back for good.

Anyway, my point is only raised as I seem to see a direct correlation between our strikers hair growth and their inability to find the back of the net.

Boufal’s ‘beard’ seems to be working for him.

Before about four years ago, I had the heart and stomach of an English_man _but the top upper lip of an adolescent schoolboy.

I could not do beards. On the previous attempts I’d given it a go, one of my Northern Irish chums said that I looked like a hunger striker.

Since starting Sotonians, I have been able to grow impressive beards. The current one has been with me for a year. It hasn’t been trimmed in three months. I’ve learned that it is possible, and sometimes necessary, to do a “side parting” on a moustache.

They are ok but not on the wife or girlfriend.

I came across an actual bearded lady in Northern Ireland. She didn’t have a full ZZ going on, but she did have patches where large white hairs were growing out. And she didn’t give a fuck.

She was obviously delighted that since the arrival of an undersized Englishman in town, she’d risen in the pecking order.

I have to say that I dont like them - but that is a bit too much of a sweeping statement. I think our players look silly with maybe the exception of VVDs effort. Which I find funny because it is clearly the worst ‘beard’. It just works. And i think that is the thing. Beards have to work with their immediate surroundings.

I cant seem to grow one - other than a pretty major patch of alopecia in the neck making it impossible to do so and look cool(?), I just cant get past the 7 day itch.,

I had a seasonal beard for 25 years…grew it in the autumn, shaved it off in the spring. I worked OK for me; saved wearing a scarf in the winter. As the years passed the inevitable flecks of grey began to take over and I gave up the practice in the early '90s.

I did grow one as a period “fancy dress” feature when we drove our old banger to the Le Mans Classic a few years back. If you wanted into “The Paddock” you have to dress in the period style of the car you drove.

The beard and tash lasted until the similarity between me and Col. Sanders was noted. 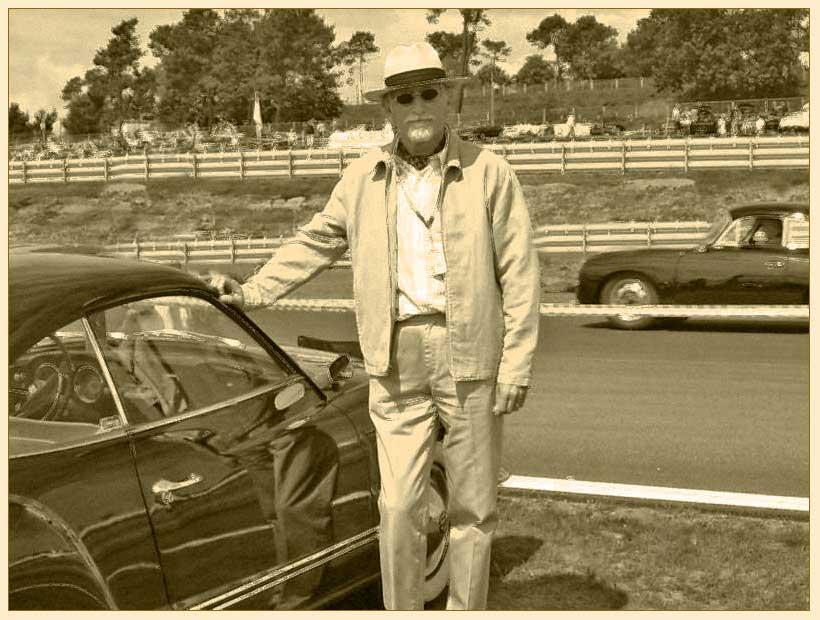 Anywhere particular on the wife/girlfriend you should avoid putting your beard?

I have supported a well trimmed goatee for a number of years now. It gets whiter by the month.

Surely as your classic car is a Beetle, a more appropriate costume would have been to wear a plain, dark military tunic whilst you balanced a short black slug on your top lip?

For years I didn’t grow a beard because it had ginger flecks (Irish parents) and now I don’t grow one because it’s completely grey.

I often let it grow over holiday periods but as you say, @captaintim , i can’t get past the itchy stage.

Ah…if only I had a Beetle. Anyway I’ve stopped taking fashion advice from you since you told me a beige mid-calf sock was a good look with sandals.

Man from del Monte? /Our Man in Havana?/Howard Hughes? A life time of potential roles there slowy,dont limit yourself to Satan’s Chicken Frier

Man from del Monte? /Our Man in Havana?/Howard Hughes? A life time of potential roles there slowy,dont limit yourself to Satan’s Chicken Frier

I think you’re right Ms Grandee. I’ve eschewed the obvious ageing rock-star roles despite being stopped in the street and asked to sign autographs. I have a friend who regularly stars (in a small way) in Poldark as an extra; sitting in the corner of a dark Beer House adding “local colour”. That’s how I see my future…ageing eccentric rather than advertising icon.

I’ve pretty much constantly had a beard since I could grow one.

Mostly to hide the fact I lack a jaw or chin.

A bit of “couldn’t be arsed to shave for a few days” stubble is fine.

I beard on and off. Mostly to prove that if you shave once a fortnight it’s just stubble. I keep my stubble to grade two, a few days growth. Bearding takes either dedication or negligence.

Other than my aforementioned vanity/insecurity, I’m also a bit lazy. So kind of fall into that latter category.

Always on a Sunday - and i dont even shave properly, just use the trimmers on the shaver.