this woman, who famously pretended/claimed to be black is now happy with the term “transracial”. She reminds me a bit of Barry. Just like him she sees no race, just people. 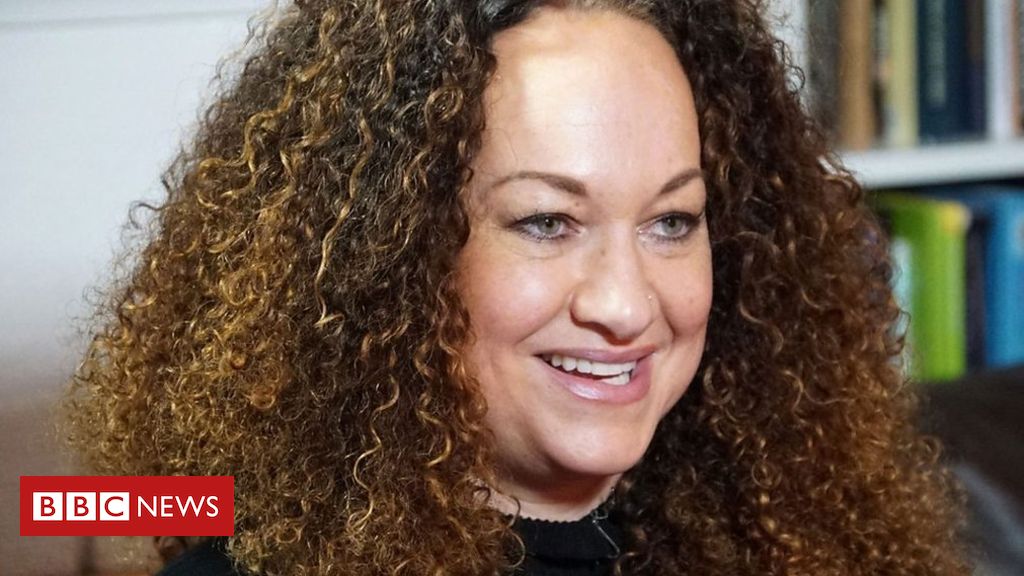 'Idea of race is a lie' - Rachel Dolezal

Can you choose your race? Emily Maitlis speaks to the US white woman who said she was black.

what is the sotonians position on this?

I’ve had my DNA profile done and unsurprisingly I’m a mongrel. I don’t need to show people that obvious fact by publicly licking my bollocks though.

Does this mean you get away with humping ladies legs?

At any opportunity…you’re never too old to hump a leg.

Sounds like the PC wording for Halfcast to me.

@philippinesaint pretty outdated term there. Mixed ethnicity is the term you’re trying to find. Plus not sure thats what she is saying either.

Not to sure what to say on that woman. So have decided to say nothing.

@intiniki Yes it is outdated which is why I used it

Mixed Ethnicity was the PC term after halfcast and half chat which were terms used when i was a nipper. Transracial has taken over from mixed ethnicity that is all.

Nothing to see here basically.

So what your saying @intiniki its a caucasian wanting to be a person of colour or reverse??

Interesting one, I think. I had initially written a long opening post but the computer thing crashed and I lost it all and couldn’t be arsed typing it out again.

when I first saw the story my reaction was “oh fuck off” but then I started thinking about the transgender thing. I have no issue with people describing themselves as transgender despite when their genes and genetics say. So if people can defy their genes for gender then why can’t they do the same for race?

and then I thought about it some more. BEking transgender will have a huge impact on your life and relationships. If you believe yourself to be transgender then you would be right be to acknowledge it and let everyone else know. But what difference to anyone’s life does their race make? It won’t affect her relationships with people. I think her point herself is that race is not as important now as it was in the past. So then why mention it? Why define yourself as transracial and not just “a human being”.

so, I’m still torn in this one. Something about it doesn’t sit right with me, but does it really matter how people define themselves? Is being transgender the same principle and why would one be more accepted than the other?

Tsk, @philippinesaint . You can’t get even non-PC right, which I thought you might know your onions on.

The offensive term you actually meant is half-caste. It derives from the caste system in India.

The non-offensive words you’re looking for are bi-racial or multi-racial.

First post in and I get a mention, it could be on the Vauxhall Astra and I’d get a mention, let people define themselves how they want but in turn let others use that term? Sounds fair, words, terms and insults aren’t the property of any supposed grouping of people.

Ah the caste system, employed still by the Indians, it makes our class system seem fair.

The transracial term sounds like a load of bollocks anyway.

Doesn’t the trans- prefix largely come from and reflect a state of self-started transition?

Those closest I reckon you’d get to transracial is @philippinesaint and @barry-sanchez “blacking up” for what they’d term lols. It’s a good job @furball ain’t around anymore. He couldn’t even cope with Papa Lazarous.

The old Pap presumption’s flying in there, if I was a sop liberal I would be outraged and marching on the streets…

Nothing wrong with a bit of Up Black @pap They are all pink inside.

ppl are v.militant about their Ethnic. I mean, not me, I couldn’t give a fuck, but Other People i.e. tokyos is always v.particular about people calling him Scottish, even tho he has never even been to Scotland.

Which one’s fairer? The white one?

Given that we are all descended from monkies please don’t feel offended should I feel drawn to pick pieces of dried skin from your hair or in Bletch’s case polish his head with a duster when we meet.

There have also been studies that suggest that there are biological differences in Transgender people too, I don’t think it’s quite as simple as a man/woman deciding they’d prefer to be a woman/man (not suggesting that is what you were driving at pap).

I’m not really sure how well the comparison to transgender and transracial holds up.