OK, if there is a dedeicated thread to the hairy arsed pirate drink, then we should honour the nector of life with its own… This Christmas, Santa has been very kind. As a devotee of Islay (prounounced Eye-la, by way) heavily peated malts, with some nice older and rarer examples in my modest collection, this new addition will not be out of place and be opened and tasted on Christmas day. I am hopeful it will be exceptional, and given its rather excessive price, it had better be

Thing about many of the the Scottish distillaries now is that many are no longer independent and the bigger corporate owners have sadly gone for marketing sales rather than maintaining quality. A 10 year old Macallan purchased today is nothing like the 10 year old purchased say in 1990. You can find the 1990 version in some specialist shops for about £200… (it cost around £18 back in 1990) and they are producing all these non-age labelled ‘editions’ which means they can release more bottles earlier and make more money… mostly purchased in airports by tourists. They are good drinkable whiskies, but, are IMHO lower quality than teh age labelled standards. Quality is a suffering eg. The Macallan 18 from those 1990s was a stunning malt, sadly the 18 of today is but a shadow of its former self.

Best value right now is to go for independent bottlings that were distilled in the ate 80s and early 90s and bottled at 18-26 years - branded these would be £300-£1000, but can be had from £120 which is expensive, but exceptional whisky for that price…

Any fellow Malt appreciators out there, or be thee all pirates?

I’m currently drinking some lovely famous grouse which is on offer in Sainsbury’s at £15 For the litre.

As a young, underpaid enthusiast of Islay and Japanese whiskies my current collection is solidly mid-range:

Nikka from the Barrel

(in order of quality - if you’re not into peaty taste then swap the Lagavulin and Laphraoig).

Got a Hibiki 17 coming from Santa though which will be VERY exciting!

Only tired a cuple of Japanese whiskies, and have been very pleasently surprized, any recommendations?

No really. But if I did, it would be a Suntory Time.

You, sirrah, are a twat of the highest order. Never, ever darken this thread again.

Meh, I am partial to a shot or two of Monkey Shoulder at the moment. Especially when it is last orders and someone else’s round

Got another bottle yesterday. £16 in Tesco. It’s closer so I thought fuck it, It’s only a quid.

Oooooo, I’m Fatso and I’m posh and drink Grouse. Well, I have a half- drunk bottle of Bells in my cupboard (honestly). So, up yours posh-Fats

This may surprise some of you, but I spent Hogmanay up in Aberdeen some years ago with a mate. His family took me to all these very posh dinners in massive houses with fantastic food on offer. Walking into each house it was obligatory to be offered a glass of whiskey - invariably Bells topped up with water. I was rather taken aback, expecting to be offered top notch malts.

In my cupboard at the moment (apart from the Bells) is a bottle of that Talisker (disparagingly mentioned earlier as being one of those airport whiskeys) and a rather nice, half-finished bottle of Dalwhinnie.

Point of order Sir Bath! (merely to correct some important facts -and to highlight a pendantry that takes over when it comes to the nectar of life)

Fuck me. Has operation Yewtree shut down? Sort yourself out, @areloa-grandee

this one is good because you can drink it everyday apparently. 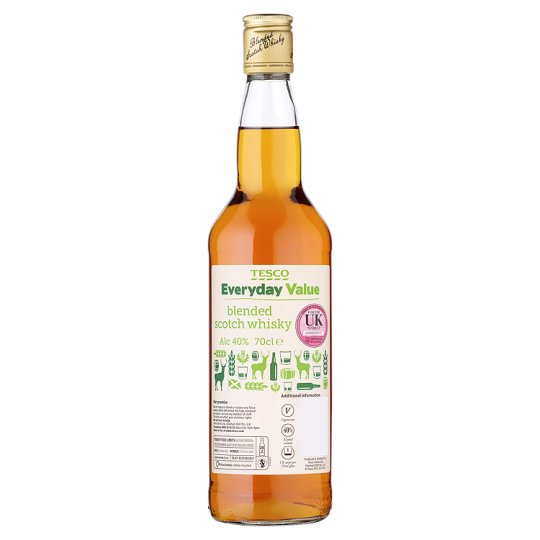 I’ve just had a bowl of Scotch Broth…

I think you’re talking about the tradition at christmas and new year where the riff raff get invited round the posh houses and are given a tot of cheap whiskey to help them get through the cold winter times.

I am feeling a little ill. Gentlemen, I may have to go an lie down for a while.

I was having a long, hard think about getting a bottle of this yesterday: https://www.thewhiskyexchange.com/p/19641/mackmyra-brukswhisky

Any of you lot ever tried it?

Nope, but looks interesting. That site stocks a 1979 Lagavulin distillers edition for … £1400. I paid £47 for mine back when it was released in 1995. I have about a 1/4 of it left as its is stunning but had no ideathese were now now that expensive!! will work out about £100 a dram for what I have left!!