After the last few games I am sadly filled with hope. 3-1 Saints

I have a funny, tingly feeling in my nether regions about this one. That normally means something good is going to happen.

Balls going barmy - 2 nil to the red and white army

Villa.
Watkins possibly crocked.
Ings to score the winner then

I ought to be feeling confident after the last two games, but suspect that Phil’s scenario is on the cards. We’ll lose to a last gasp goal from one Daniel Ings Esq.

Nb can be added to the poll 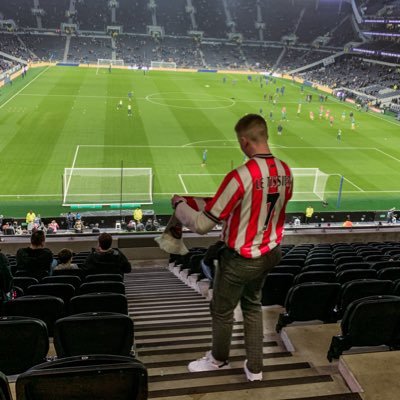 Apparently Aston Villa haven’t won in their third kit since October 2020. Their fans call it the ‘third kit curse’. I think we all know what’s going to happen on Saturday. twitter.com/avfcofficial/s…

Villa.
Watkins possibly crocked.
Ings to score the winner then

I can’t believe that worked so fast

Southampton look like they have turned a corner, with a huge win at Everton coming off the back of their progress in both domestic cups.

Saints are still bottom of the table but they have something to build on now. It has been interesting to watch James Ward-Prowse play as a number 10, and it seems like a smart move from their manager Nathan Jones.

Villa have only played two away league games under Unai Emery, against Brighton and Tottenham, and have won them both. This game smells like a draw to me though.

Weird one this, as I have no idea where Saints are. With 3 wins on the spin and 2 of those away and from one nil down to win two one, and the other at home to Man City, you would think we would be going into this on a high with all saying a home win, especially with Villa not looking that great.

I would say we did not really play that well at Palace at all, but got the win. We rode our luck at Goodison but had plenty of fight, but Everton are in a dire state, so a good time to go there. Man City was a different class, and if we play like that against anyone we will win.

I just have a feeling we are having one of those little spikes that you see teams at the bottom have before they fall away again.

My Villa fan friends seem to think we will win, all 3 of them, with one saying ‘we will be wearing our 3rd kit, we always lose in our 3rd kit. Not sure they were wearing that at home to Stevenage

I still think we do not have enough to get out of the trouble we are in. I think West Ham and Everton will get out of it, which will leave us needing Bournemouth to carry on dropping and a well drilled Forest to drop again after the spike they are having. Even though the table looks promising, I think there are too many factors working against us to beat the drop and sadly this little bit of form will fall away as others pick up.

I would say we did not really play that well at Palace at all, but got the win. We rode our luck at Goodison but had plenty of fight, but Everton are in a dire state, so a good time to go there.

We absolutely mugged Palace. We were second best by a country mile, they can feel hard done by. The Everton win was a bit better, but not much. That game could have gone either way without anyone feeling robbed.

The City win is the first time this season that we’ve really looked convincing, and begs the question of whether it’s the start of a proper recovery that will see us safe or a flash in the pan down to the players being pumped up for a cup tie against one of the world’s finest teams.

If we can take three points tomorrow, I’ll start to believe it’s the green shoots of the Great Escape. But I’m not expecting them, I reckon a draw at best.

Depends on how many handballs Matty Cash can get away with.

That’s exactly how I see our situation.

Anything is an improvement on the Forest game but that’s a very very low bar.

Btw. I’m going again tomorrow. Last home game for me was Forest. Don’t think I can survive another like that.

@scotty had a job near Staplewood this afternoon, but managed to get some footage of Saints training for tomorrow.

I think @shroppie is going to be disappointed

I think @shroppie is going to be disappointed

It won’t be the first or last time.