Rockin all over the next world

Was on the TV the other day explaining that since his heart attack he couldn’t tour anymore.

Sad news for 'Quo fans and his f+f.

Rick Parfitt gets his own thread! RIP and all that.

I downvoted you, Mr Goodie. I’m sure you don’t need an explanation.

Well, actually, I do, Fatsod.

e) he used to be in a band called Status Quo. Lots of famous people have died in 2016. Status quo means the usual course of events. By saying it’s just the 2016 status quo, I’m attempting to make a play on words involving the spate* of celebratory deaths in 2016 and the name of his former band.

Six foot deeper and down ??

One of the first bands I saw back in the 70s. I briefly had their ablum Dog of Two Head before I discovered that there were bands out there that knew more than three chords and swaped it for Deep Purple In Rock! I used to work with a bloke that was crazy about Status Quo. He even used to go abroad to see them. Still, at least he only lost one. I lost two of my heroes this year - Keith Emerson and Greg Lake. RIP dude.

My cousin really liked Status Quo. I referred to them as Status Chord in his presence. He really didn’t like that.

They’re not my cup of tea, and if I’m perfectly honest, I don’t think I’d enjoy getting down to their music in the presence of people that really do like it.

That all said, a lot of people did like them and they knew their own limitations, perhaps never better illustrated on their 2007 album, In Search of the Fourth Chord. For this alone Parfitt probably deserves a happy afterlife. RIP. 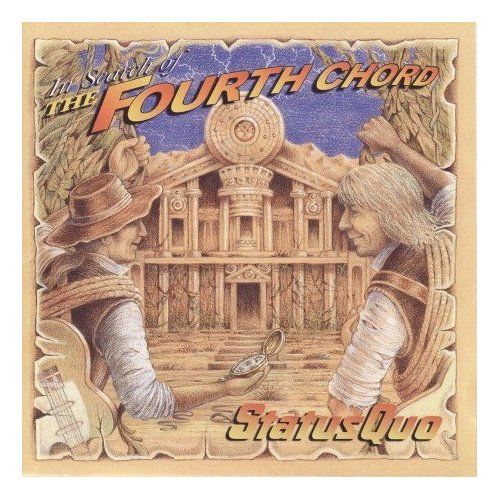 Not my cup of tea, but as a 15 and a half year old back in the summer of 1985, there was no better choice of opening Live Aid with ‘Rockin all over the World’

RIP Rick. But for fuck sake get them Angels to teach you a few new chords

Fuck that thats what the Quo is and are, no need for new chords, need for taste.

“There’s nowt wrong with saying it’s not my cup of tea.”, may be misquoted, but about the most sensible thing Sarah Millican has ever said.

Taste is subjective, me ol’ mucker. I think you need to be careful with that line of argument, particularly in a wider context. People might get the idea that your stated political views are merely a matter of individual preference.