Although it’s probably not considered a very pretty place I do love Southampton and some of it is quite photgraphic. So lets share the best of our town (for the moaners you are welcome to put up the worst). I am all for equality after all. 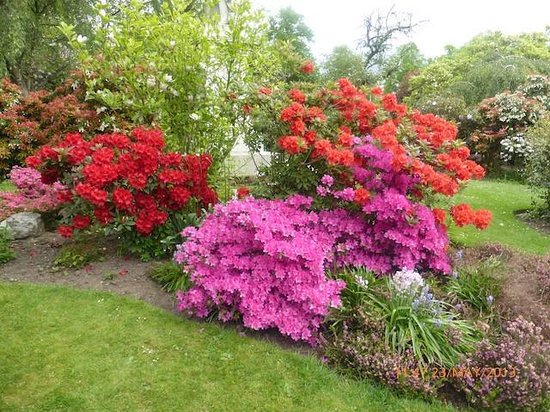 I once worked for Parks Services. Lots of plants used to get nicked. One time a palm tree was stolen one night from the park I worked in. But agreed they do make it look nice.

Yes, it’s not exactly Barcelona, but Southampton does have its better qualities. I’ve always liked the chain of parks running through the centre of the city; on a very different note I can never help but be impressed by the western docks whenever I pass by that way.

I think it’s safe to say that the city hasn’t made enough of its strengths, such as its two rivers (plus estuary) and its history. But this has improved over the years that I haven’t lived there (or near there, Bishopstoke boy that I am); there’s more of a focus on the Norman walls, which are extensive and (in places) remarkably well preserved. More on recent history, such as the Titanic and the Spitfire, would be good.

Posted a picture, but it came out horribly and right now I can’t be arsed to work out why. It was a lovely picture of a stretch of the walls though.

But, in the interests of fitting in a decent pic, I think this one is great. The merchant’s house is a wonderful thing, and I love the way it segues into the house next door.

Have you always lived in Southampton, Intiniki?

Has anyone ever seen any ghosts in Southampton?

I lived there from the age of 5 until 3 year ago.

Re Ghosts: There was a night in about 1991 when a bunch of us in a car drove past Western House and saw the shadow of someone leaning against a lamp on Old Bank Chambers. But no one there. We all saw it and drove round to check and nothing there. I don’t believe in ghosts. So who knows what it was.

It was near Queens Park which I hadn’t walked through until a few years ago.

Re Ghosts: There was a night in about 1991 when a bunch of us in a car drove past Western House and saw the shadow of someone leaning against a lamp on Old Bank Chambers. But no one there. We all saw it and drove round to check and nothing there. I don’t believe in ghosts. So who knows what it was.

You’ve seen a ghost yet don’t believe in them. I’ve never seen a ghost but do believe. Something not quite right there…

One for the Flower Estate boys and girls.

She may not look like much, but she’s got it where it counts.

I had a girlfriend a few years back who reckoned that dead people talked to her (she was mad as a box of frogs, but in a good way). Anyway, we went into the Red Lion on High Street for lunch one time; she said that she had more than one person chattering away to her in there. Given its history (three noble conspirators against Henry V were tried and sentenced in there just prior to Agincourt) it’s easy to imagine the odd ghost pootling about the place. The chaps at the table in this pic look distinctly corporeal though. 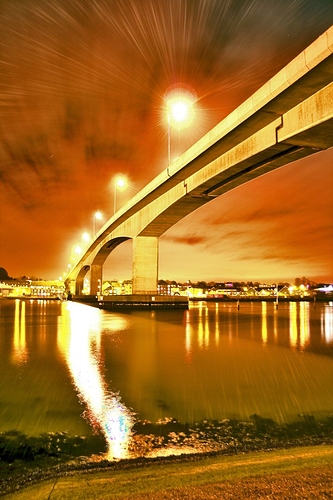 Find this one a bit eerie. It looks great, but every Sotonian knows that the bridge is famous for three things.

Westgate Hall. 'Tis where I wed. 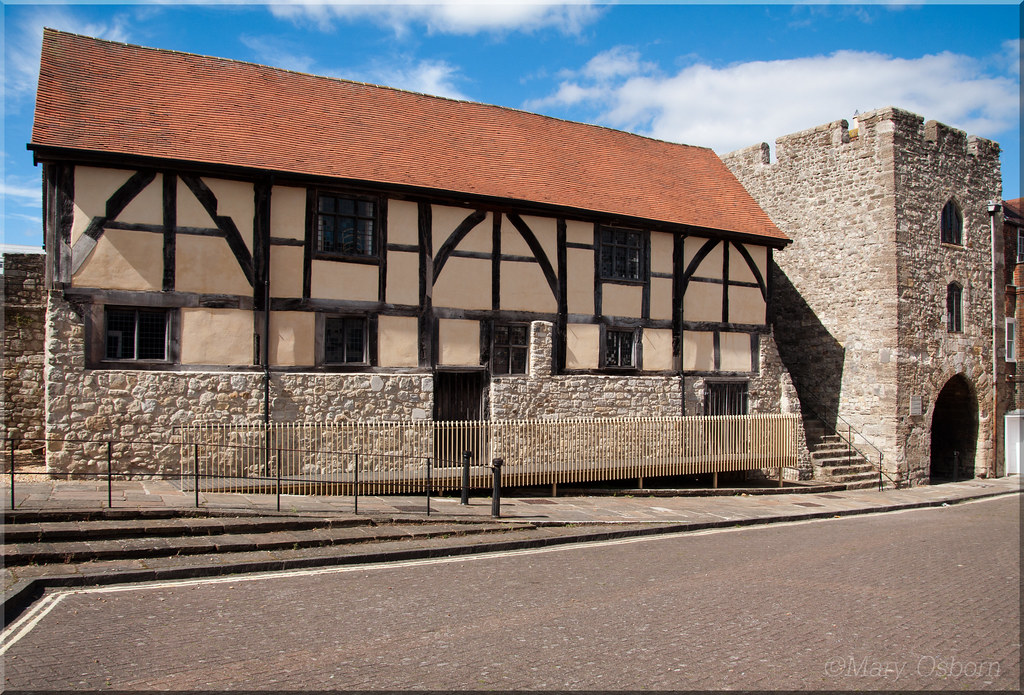 I took the missus there one time…Turns out, when they are told the history of the place, it gives Americans spontaneous orgasms of nerdiness about things they are newly coming to terms with regarding byegone times.

A footnote regarding ghosts. I saw a whole bunch of them once while sitting at the bottom of the steps to the water from Cobden Bridge. They were all sitting around on the boats late at night. However, I had been dropping a LOT of speed, and had not slept for three days, so I’m not sure if the ghosts can be scientifically proven.

Growing up in the Cowes district of the Isle of Wight the closest thing I had to something that I could call ‘my city’ was obviously Southampton; but, in truth, for many years the only bits of it that I ever really experienced were The Dell, the walk from Red Funnel up to The Dell, the skating rink at the top of the town, the swimming pool and the high-street shops.

Apart from one trip as a very small boy with my dad to the Camper and Nicholson’s shipyard (where he worked as a welder) to pick up the stool that he made for me to stand on under the West Stand I don’t recall ever going to the eastern side of the city until St Mary’s started to be developed; it was only then that I really discovered the ethnic and cultural diversity within Southampton.

In recent years myself and Mrs Stickman (who has developed a passion for Saints rather late in life) have been fortunate enough to be able to treat ourselves to half a dozen or so weekends in the city, which has given me the opportunity to experience Southampton a little better.

We drive down on a Friday night, check into The Dolphin, pop next door to The Standing Order for a few beers, before heading down to Oxford Street for more beers and a meal. On the Saturday we either have breakfast in The Standing Order or The White Star in Oxford Street before heading for pre-match drinks in one of the bars in Ocean Village. I’ve long been interested by the historical development and growth of the dockland area of the city, and there is always a good vibe to the place, especially on sunny days, with plenty of home supporters and pockets of away supporters. We then head for St Mary’s via The Chapel Arms.

Although, as far as I can recall, Mrs Stickman and myself are both straight our first port of call back in Oxford Street after the match is usually The London, which, as some of you may know, is a gay pub. We have met quite a few Saints fans in there, and it always makes me smile that most of them feel the need to mention at some point that they aren’t gay and only go there because it’s a decent pub and never too busy at that time of day!

On Sundays we generally head up to Bedford Place for breakfast, then Mrs Stickman visits West Quay etc, whilst I go to Sea City, stroll round the parks, or just sit with a coffee down the high street watching the world go by, before heading back home.

Yep, as Fowllyd says earlier in this thread, Southampton certainly isn’t Barcelona; but there’s definitely worse places to spend a weekend, and it goes without saying that on match days there isn’t a city or place where I’d rather be. 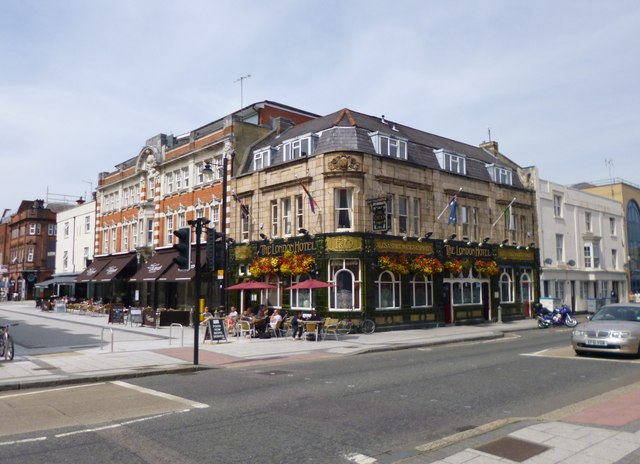 So, basically what you’re saying Halo, is you go into practically every single pub in Southampton on a match day except the one we’re in…

No, Lou, it’s you lot that choose to go to the one pub that I don’t frequent.

The Farmhouse is far too far to the East for Halo.

Not ever having lived in Soton, although I had worked just off Oxford Street for 5 years, I have no photos to add to this thread

Well, I think next season we should attempt to find some common ground…