As it says on the tin, sick/offensive/just plain funny jokes, the thread is now open for contributions.

The wife keeps chewing through them.

I ordered a sex toy on the internet, a custom made latex replica of my wife’s vagina.

The day it arrived I watched the postman struggle up the path with a huge tatty box, the flaps all torn and blowing in the breeze.

I thought “they might at least have fucking wrapped it.”

I’ve been waiting fucking months for you to get off your arse and start this thread @scotty.

BTW That wasn’t a joke, it was just a comment.

What’s that? You want a joke?

OK well a mate of mine (this still isn’t the joke it’s just the narrative to explain why I’m posting this joke) sent me this yesterday and whilst I’ve heard it numerous times, it still makes me laugh. 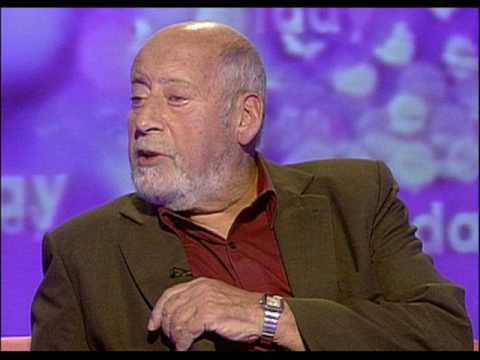 Good work bletch. Reminds me of this one…

I got too drunk at the office party to make it home, so the next morning I asked my neighbour to pop round and check how angry my wife was.

Ten minutes later he phoned back. “She’s barely speaking except to scream what a cunt you are,” he said. “She’s got a face like thunder, threatening to kill you, there’s broken crockery everywhere and you can cut the atmosphere with a knife.”

Any jokes that don’t involve the wife?

There’s a theme developing, isn’t there. Here you go then…

Ike and Tina Turner never had full sex. She’d stroke his balls and let him touch her tits and fanny, but that was it.

Just to test the water with Spanish humour, from a friend. He’s sent a number of Spanish jokes, all of which, frankly, don’t work in translation, or even in the original. I think it is one area where we can still maintain ‘the continent is cut off’.

Doctor: does it sting when you pee?
Patient: if I aim in my eyes, yes.

I got off with this girl last night, but she insisted on me sticking my keys up her arse.

I had to fob her off

A man walks into the street and manages to get a taxi just going by. He
gets into the taxi, and the cabbie says, “Perfect timing. You’re just like
Frank.”
“Who?”
Cabbie: “Frank Feldman. He’s a guy who did everything right all the time.
Like my coming along when you needed a cab, things happened like that to
Frank Feldman every single time.”
Passenger: “There are always a few clouds over everybody.”
Cabbie: “Not Frank Feldman. He was a terrific athlete. He could have won
the Grand-Slam at tennis. He could golf with the pros. He sang like an
opera baritone and danced like a Broadway star and you should have heard
him play the piano. He was an amazing guy.”
Passenger: "Sounds like he was something really special.
Cabbie: “There’s more… He had a memory like a computer. Could remember
everybody’s birthday. He knew all about wine, which foods to order and
which fork to eat them with. He could fix anything. Not like me. I change
a fuse, and the whole street blacks out. But Frank Feldman, he could do
everything right.”
Passenger. “Wow, some guy then.”
Cabbie: “He always knew the quickest way to go in traffic and avoid
traffic jams. Not like me, I always seem to get stuck in them. But Frank,
he never made a mistake, and he really knew how to treat a woman and make
her feel good. He would never answer her back even if she was in the
wrong; and his clothing was always immaculate, shoes highly polished he
was the perfect man! He never made a mistake. No one could ever measure up
to Frank Feldman.”
Passenger: “An amazing fellow. How did you meet him?”
Cabbie: “Well, I never actually met Frank. I just married his fuc*ing
widow.”

Driving into a tunnel late last night I slowed right down to 5 mph. The traffic behind me was fuming, flashing their lights and blowing their horns.

I wasn’t taking any chances though. The car in front had a sticker saying “Princess on board”.

How old is that…?

When the Queen Mum died she got up to the pearly gates to find Princess Diana waiting for her, laughing and smiling.

“Why are you laughing and smiling dear” ask Queen Mom

Ok, here’s an original for you then…

I wanted a stag night before my wedding, but all I got was a hen party.

The lads took me out to KFC.

What’d connection between making love and a KFC?

Two racehorses are having a quiet pint together and chatting about recent races.

“Had the strangest thing happen to me the other day”, says the first horse. “I was running at Kempton - nice course, that - and I was going great. Way ahead of the rest, thought I was going to win by a few lengths. But then, all of a sudden, I had this blinding pain in my left fetlock. I limped in last, they called for the vet and I thought that would be that - you know what those fuckers are like with the old pistol. But he gave me a massage and I was right as rain again. Running at Epsom on Saturday.”

The second horse nods and says: “Funny you should mention it, but something very similar happened to me a few months back. I was running at Goodwood, going like a bionic horse, you know? The others couldn’t get near me. But then, got a crippling pain in my right shoulder - really fucking hurt it did. I kept going on three legs, but came in way down the field. Really thought my time was up when I saw the vet coming over, but he gave me a shot of something and I was fine in no time. Run a few times since then and even won at Brighton the other day.”

A greyhound sitting on the floor looks up and says: “Hope I don’t seem rude, but I couldn’t help overhearing you chaps just then. Thing is, I had much the same thing happen to me at Walthamstow not so long back. I was going so well I thought I was going to catch that stupid fucking hare, when I got a shooting pain right down my back. Crawled over the line just before the next race started. Thought my career would be over and I’d be reduced to trotting round a park somewhere, but a bit of rest and I’ve been right as rain since.”

The two horses look at each other with undisguised astonishment.

I was on a plane flying to the US about 15 years ago - Boston as a matter of fact and I was sitting in Premium Economy next to a very attractive older woman.

As the flight progressed, I’d had a few Bloody Marys, she’d had a few champagnes, I had watched a film and she was engrossed in a book.

After a while, I started chatting to her. She was a doctor of some sort - not a medical doctor as such - psychology or something like that. Anyway, she was being very flirty and I was flirting back. There was something really attractive about her.

Anyway, I asked her what she was reading and she showed me the book. It took me back as it was something like “The Impact of Penis Length on the Male Psyche”.

I asked her why she was reading it and she told me it was for some paper she was writing. I asked it was a good book and she said it was full of statistics and proceeded to regale me with some facts from it. She told me that the native American Indian has the longest penis on average of any group on the planet and that the Polish male, on average, has the widest penile girth. She gave me a coy smile and told me that she’d learned a lot from the book. She was properly flirty.

Anyway, she then introduced herself as Helen someone or other and ask my name. I shook her hand and said “Tonto. Tonto Kowalski”.

Reminded me of this one.

There’s a beautiful valley on a wonderful summer’s day. The sun is high in the totally clear and blue sky, the grass on both sides of the valley is lush and verdant, birds are singing to each other from their vantage points in the tall trees that cast shadows for the rabbits to hide from the sun, and a babbling brook meanders its way from east to west across the valley rippling over large boulders left aeons ago as it head to the sea.

Stood on the side of the river are two cows.

The second cow replies “You bastard, I was going to say that!”