Want something to see you through the lockdown?

This year it is also out on XBox. 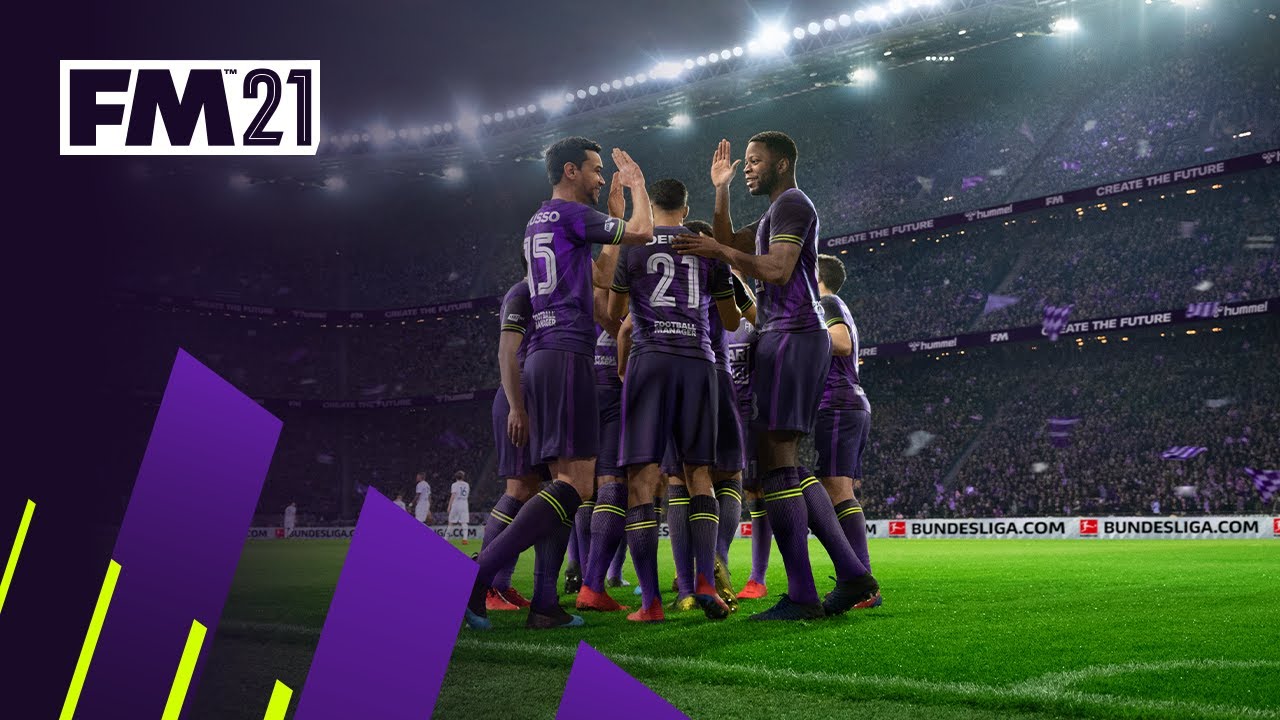 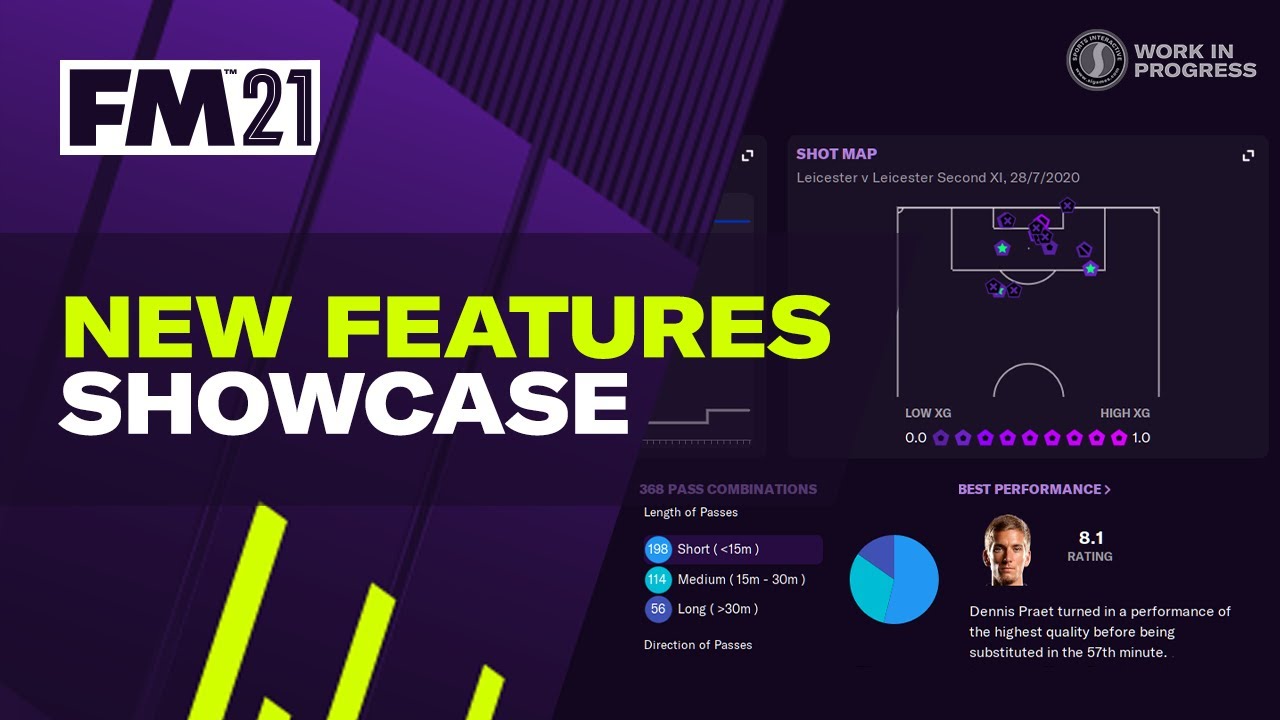 Part of what makes the match engine in Football Manager so realistic is the fact that the players and officials will each be making a decision every quarter of a second, which we call a “slice”. This constant stream of decision-making means that each player continually assesses the situation around them and performs the action that they think is best, based on their attributes.

In FM21, decision-making is more nuanced than ever before. This is all due to the fact that players in the engine will now be able to change their original decision mid-slice as the situation around them develops. This allows your players to be more reactive and make faster decisions which leads to a more realistic match experience with more fluidity and a greater variety of actions performed across the 90 minutes as a result.

One of the most impressive examples of the improvements to player decision-making is Marking in FM21. With the improved decision-making, defenders can now react more intelligently to attacking movement and can pass their marking duties on to another defender while they move to close down another player as the attack unfolds. This will occur in both open play and during set-pieces.

Defensive lines will also behave more like a single unit, working together to disrupt opposition attacks and isolate potential threats. Defenders will jockey players and prevent attackers from dribbling more often too as they look to make it much harder for attackers to move into dangerous areas. Defenders are now more adaptive when facing long balls forward and will contest aerial battles more frequently in these situations to try to avoid being left exposed by a flick-on or outnumbered during a direct counter-attack.

ATTACKING IN THE FINAL THIRD

Because of the extensive improvements we’ve made to the defensive AI, we’ve also had to bolster attacking AI to keep everything fairly balanced. Specifically, we’ve worked on improving the movement and variety of play in the final third to give attackers more tools to try to get the better of their defensive counterparts.

Let’s start with attacking movement. We’ve focused a lot of attention on improving the positioning of both AMCs and strikers and, depending on their role, they will now look to come to the ball more often and offer support for team-mates on the ball or drag defenders out of position. We’ve also tweaked the ‘Focus play down flanks’ instructions to improve the effectiveness of wide play.

Focusing play down either or both flanks or through the middle will now feature more obvious attacking movement as teams will look to overload certain areas of the pitch in order to exploit space in the corresponding opposite areas.

In general, FM21 sees much more movement in the final third as attackers look to create space or exploit gaps in the defensive line.

There are few things more satisfying in football than a perfectly weighted through ball and in FM21 you’ll notice more attempted through balls being played in the final third as well. Of course, not all of them will be successful but if you’re lucky to have one of the world’s best passers at your disposal you should find it much easier to unlock defences with a single pass.

It’s not just the build-up play that has been enhanced in FM21, there have been some notable changes to play inside the area too. Players are now much more aware of how much time they have to shoot and have better spatial awareness, especially in one-on-one situations. Speaking of which, when one-on-one with the ‘keeper, players will make better shot selections based on their angle to the goal and the position of the goalkeeper. You’re likely to see more dinks over the goalkeeper this year. Shot selection and spatial awareness are tied into the player’s attributes so more skilful players will have a wider variety of shots at their disposal and know exactly how much space they have to work in.

You’ll also see a higher percentage of players passing, and not shooting, from tight angles, depending on your tactical set up and the player concerned – some just want to try and score from anywhere, as they do in real life too.

Attacking players will also go to ground more easily in the box and not always if they’ve felt some contact from a defender. You’ll see them appeal for penalties to the referee for good measure as well.

There are more factors taken into account when VAR is used too. Previously, referees would have a very high percentage chance of making the correct decision when using VAR in FM but, as we’ve seen in the real world, there are some instances where VAR is subjective and referees don’t always make the decision that the majority would deem to be the “right” one. So, in FM21, referees will sometimes be more subjective when using VAR for anything other than offside calls and you’ll even see inconsistencies from one referee to the next when making calls on similar scenarios, just like in real life!

One other addition when it comes to offsides – players will now be more aware of when they’re in an obviously offside position and will avoid engaging with the ball as a result. Nice.

In FM20, we felt that the midfield action was being bypassed too often and that the play that did take place in the middle of the pitch often didn’t do enough to reflect the frequently chaotic nature of midfield battles we see taking place week in, week out in real life. This was something that was echoed in the feedback from you, the FM community, which is why it became a major focus for us to improve this year. For FM21, we’ve placed a greater emphasis on central play that results in a more authentic flow to events in central areas.

Firstly, movement in the centre of the pitch has been reworked for FM21. One of the most obvious examples of this is the way that we have increased the number of interceptions across the pitch but particularly in midfield areas. Players will also now actively look to block passing lanes rather than following the movement of the ball. This brings the number of interceptions in our match engine more in line with the numbers you’d see during a real match.

We’ve also rebalanced risk-taking from players in central areas. The entire philosophy around central play is now built around getting the most impactful attacking players on the ball quicker which means certain players will look to play riskier, more direct passes into team-mates occupying central attacking areas. This is in part due to a reworking of the ‘Focus Play Through Middle’ team instruction which now places greater emphasis on those progressive central passes.

Defenders are also now more aware of the threat of play in central areas and will react more instinctively to those scenarios which will lead to even more interceptions as a result.

Last but by no means least, we turn our attention to the heroes between the sticks. Goalkeepers in FM21 will be quicker to go to ground in certain situations, for example, if they decide that’s the best option to prevent a low shot or to cut off space in front of the attacker.

It’s not just outfield players who gain from the improvements to decision-making either. Goalkeepers are now much more conscious of the time they have to position themselves for an opponent’s shot. When attackers are in or around the box, good goalkeepers will look for players who are setting up to shoot and will set themselves accordingly.

In FM21 Goalkeepers are now more likely to try to make aerial interceptions by coming out to claim crosses and, depending on their attributes, may look to punch the ball more often as well. FM’s Glovesmen will also now take weather conditions into account so, for example, on a wet and windy day, they will be more likely to punch the ball away instead of risking a dangerous catch.

Goalkeepers in particular also benefit from improvements to the Match Ratings system in FM21 too.