Going ahead now, although some of the other weekend matches have been cancelled.

At the moment we are doomed.
I have no work Saturday or late Friday and I REALLY could do with a night out on the town…

He essentially said that Todd is simply yet another example of the US money and power grabbing imperialistic parasite that is all too prevalent in the modern era. He went on to say that it’s one thing to enslave the world through crippling debt, foreign policy and unjust military occupation but leave soccer alone FFS. He concluded by saying that Toddy should take his shit ideas, roll them in to a Twinky and shove it.

At least that’s what I took from it.

You were paraphrasing of course?

Some would say ‘reading between the lines’.

There is hope. Eric isnt going

This is a really big game for Aston Villa as we head into the international break with Gerrard coming under a bit of pressure.

Southampton have made a better start to the season than Villa have, but the home fans will expect to win this one.

It’s going to be close, but I think Villa will edge it.

Russell’s prediction: I went to this game when we played Saints at the start of March. It was my 40th birthday and we won 4-0, which was a very nice touch - what a birthday present! Since then, though, we have only won four more games [out of 18] so it is a testing time for Gerrard and he really needs a win here, because there will be more murmurs about his future if we don’t. I’m going to this one too - it will be my first game of the season - and I think it will be a tight game but hopefully we will edge it. 2-1

I can base Sutton is a cunt on facts, his tips are based on fantasy!! 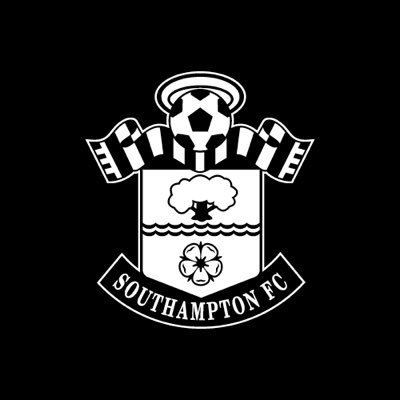 You REDS! ❤️ The #SaintsFC side taking on #AVFC: https://t.co/qxcOE37GxL 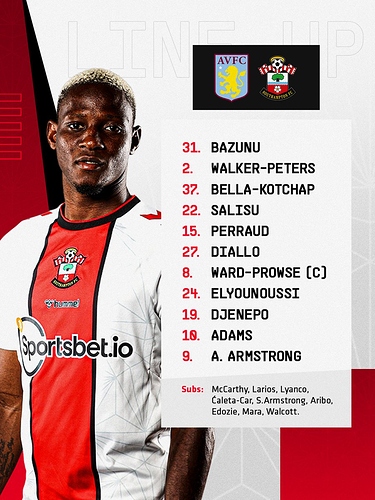 I see Ralph still hasn’t decided where to play Djenepo