Yes, I know, it’s terribly sexist of me to create a thread which gender excludes the opposite sex, but that’s the sort of thing that gets woke folk upset. Plus I get the sense that @tigger gets a bit peeved at some of this over-sensitivity and won’t get upset. @Intiniki might - but let’s face it, if she’s lasted this long, she’s a pap-lifer now. I will take my chances.

I will also give you some choices.

How do you cope with the woke age?

Poll is anonymous. Tick all that apply and we’ll talk.

Talk to the poll, @Nottarf-Krap

Woke people make me sick. It’s why I voted for the brexit party where men are men.

I think you’re out of order.

I don’t like to moan about stuff without providing a solution, so here is the order I would suggest.

Crawl before you walk, etc.

Regarding the term ‘woke’, this short article pretty much nails it as far as I’m concerned. 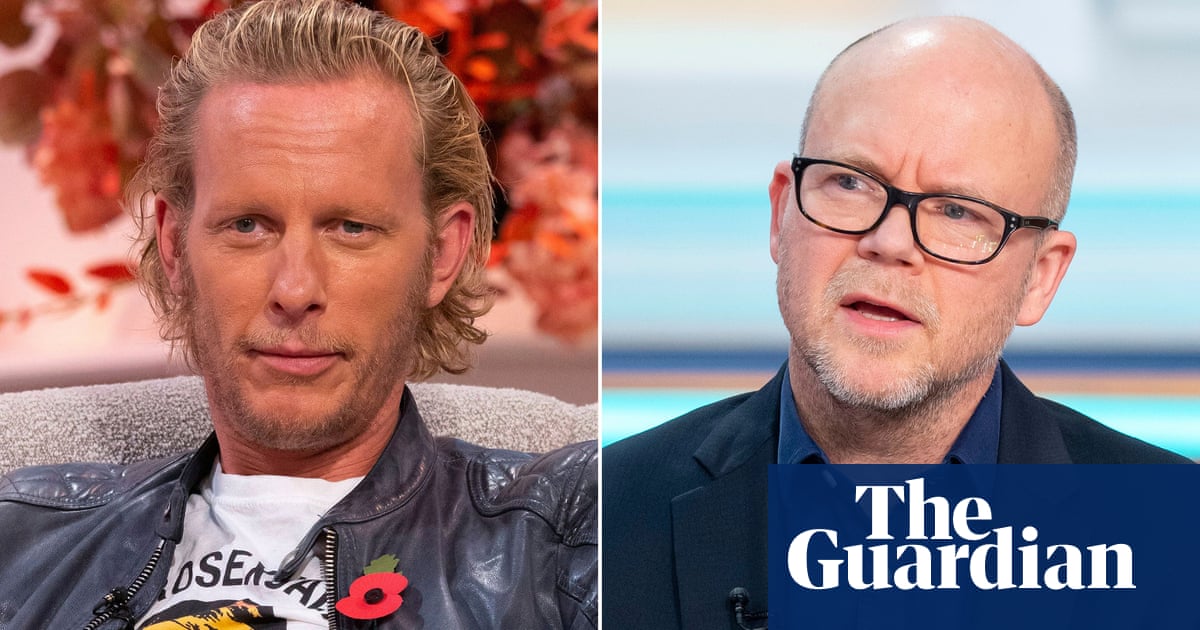 How the word ‘woke’ was weaponised by the right

The term is meant to denote an attentiveness to important issues. But the likes of Laurence Fox and Toby Young have begun using it in a very different way

Laurence Fox is a classic example to look at.

At no point during his contentious QT appearance did he refer to the member of the audience’s race. She referred to his three times.

Sorry, but that is absolutely reductive and he was right to call it out as racism.

I am Woke.
Or is that Bloke?
I dunno anymore

It’s all pretentious, meaningless bullshit. I can’t believe you are defending a 24 carat misogynistic, over privileged prick like Fox though. But sadly, on reflection, given your recent lurch to the right i can. I hold no brief for Ms Markle, but the campaign by the Daily Mail, Express, Sun, and the loathsome Piers Morgan is clearly racist and misogynistic. You should take some time to read some of it, especially the comments from their readers, it is blatant. For Fox to sit up there denying it, stating that this country is the least racist country in the world is laughable. Maybe it used to be, but not any more. The racists have been emboldened now, legitimized. Sad sad times.

Why not? Am I supposed to hate Fox because he was born rich to an acting dynasty, then went to Harrow before going on to an Oxbridge education?

If so, why? He didn’t choose any of it for himself. It’s the luck of the draw. Many of us have to spend decades getting near to the level of comfort that Fox enjoys.

Does that mean he is not entitled to his opinion? And does that his invalidate his assertion that someone referring to his race in response to his critics was herself racist for doing so.

Sorry, just don’t see the point in hating people for being born rich.

Why don’t you just go and teabag Farage?

Nobody is talking about hate, only you.Why don’t you address the arguments? He pompously sat there and stated that this is the least racist country in the world, that the campaign against Markle isn’t racist and misogynistic when it clearly is. Take some time to look at the, literally thousands of comments in The Mail, Express, Sun over the past few months, goaded and whipped up by their ‘journalists’. On a daily basis, every day more and more outrageous. Out and out blatant racism, no attempt at moderation, actively encouraged. Take your head out of the sand.

The clip I saw of Question Time showed a bloke failing to acknowledge his white privilege.

To hear the word white in the phrase white privilege and assume it’s a racist comment missed the point.

I had a much longer post ready to go, but I had a moment of succinct clarity.

Fox’s questioner said three times that he was male, white and privileged, the implication being that he was unable to comment on the subject.

How many times would Fox been allowed to say the opposite?

Let’s not widen the argument to everything every cretin is saying on the Mail or Express fucking web pages. I don’t care what they’ve got to say.

Let’s concentrate on the claim and the counter-claims.

Fox says Britain is the least racist country in the world. I agree with him on this, and await your more sorted out alternative.

Fox hears the last one, and says that is racist. I think it implicitly is. Why do you think it isn’t?

What agency did he have in his state of birth or education?

Do you really intend him to apologise for the wins of the father?

He’s entitled to an opinion, same as everyone else.

Pap, over the last two years, you’re systematically coming across as a cunt (which you’re not).

Sorry mate. Still love to buy you a beer sometime. But…

If you can’t see that the majority ethnicity has a privilege that others don’t enjoy then you’re either a twat (which you aren’t) or you’ve somehow become brainwashed into protecting a side of the debate that doesn’t need protecting.

My mantra is protect minorities - they always need it and the change that flows is nearly always positive.

When you protect the majority, the change that flows is usually prejudiced and dangerous.

If you want to spend time protecting majorities then fair enough. We’re different people and see the world differently.

But please don’t pass it off as some intellectual argument about freedom of speech and please don’t balk when people who know you tell you that you’re coming across as a cunt (which you’re not).

I’m not saying that at all. I am saying that Fox is correct to call racism when someone was explicitly referring to his race in an attempt to shut him down.

That, frankly, is not an unreasonable concept.

I’m not going to defend Fox for everything he has said or done in his life, but I will defend his QT comments.

Racism is best defined as discriminating against people because of what they are. The member of the audience did exactly that while explicitly mentioning race.

Please tell me why Fox was wrong to call her out.

He was told that his perspective clouded his views.

He instantly reached for the race card.

If I’m told that as a white male I can’t fully understand the experiences of black people, I find myself agreeing not blowing the racist whistle and calling foul.

Had he countered by saying that the questioner’s perspective clouded her views I would have disagreed but wouldn’t have called him a cunt.

He’s a cunt and, if I may, he’s not the hill for your reputation to die on.

For Fox to sit up there denying it, stating that this country is the least racist country in the world is laughable. Maybe it used to be, but not any more

We never where and any that ever thought we were or are, well…

Thankfully i have already read the rest, so will say no more than, no white country has ever been and only someone that has lived wholly in a white environment could possibly think so.

We have no history at all to back the claim, but lots(for centuries) to dispute it. Our exceptionalism is still visible all over the planet. It’s an affront to logic to suggest we are anything but the nastiest of animals.
Oops, i said more

He did not instantly reach for the race card.

I can’t really be arsed debating this on the implicit terms you’ve set. If all you’re going to do is call someone a cunt without substantiation, it’s unlikely to lead anywhere productive.